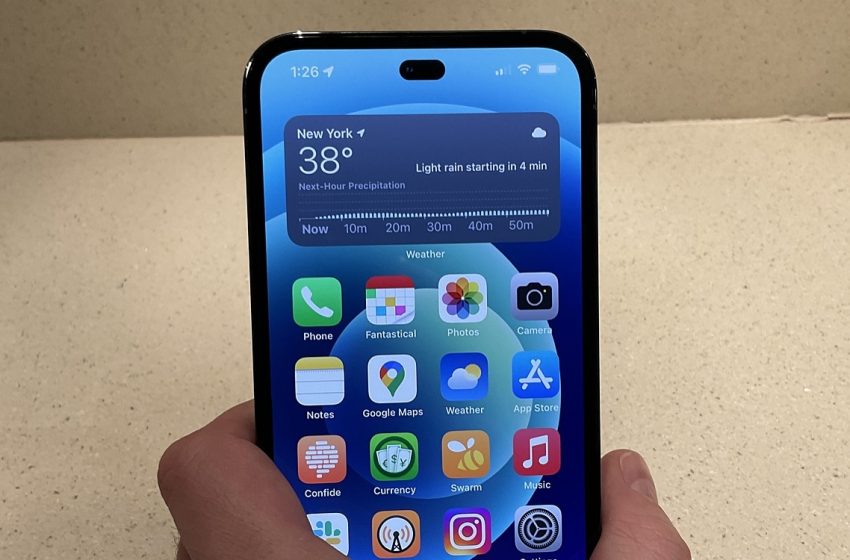 IPhone 14 Pro: here’s what Apple’s next smartphone punch should look like

Apple will unveil new iPhone 14s in September 2022, and the Pro models should finally benefit from a new notch-less design, but withir a punch like most android smartphones.

It’s been several months now that we know that Apple will be making significant changes to the design of its iPhone 14 Pro and 14 Pro Max for 2022, since these will be the first smartphones from Apple in several years not to have a notch at the top of the screen. Indeed, they will benefit from a new screen with holes, and this information was recently corroborated by Bloomberg reporter Mark Gurman.

Nevertheless, the punch could well be different from the first renderings of the smartphone that we had seen in recent months, sinceApple would not use a single sensor in its punch, but two. Therefore, the punch would take the form of a pill as was already the case for example on the Galaxy S10 of 2019.

On Twitter, develop it @ Jeffrey903 showed what the iPhone 14 Pro and 14 Pro Max should look like. Thanks to the image above, we can now have a better overview of the upcoming high-end models from the Californian manufacturer. With the removal of the notch, Apple would be able todisplay more items on the smartphone status bar, but we don’t yet know exactly how this extra space will be used.

As a reminder, despite the arrival of the punch in the screen, Apple has decided to keep its Face ID biometric authentication system, and the various necessary sensors would have been placed under the screen. However, this choice would have negatively impacted the reliability of TrueDepth sensors, according to information from leaker DylanDKT. So it could be that Face ID on the iPhone 14 Pro is a little less responsive than on the iPhone 14 classic, which will keep the notch of previous models.

In addition to the holed screen, we know that Apple will make other important changes to its iPhone 14. Indeed, the American giant should for the first time get rid of SIM cards in favor of eSIM. Removing the SIM drawer should therefore leave room for other components. However, it could be that this major change is also reserved for Pro models.