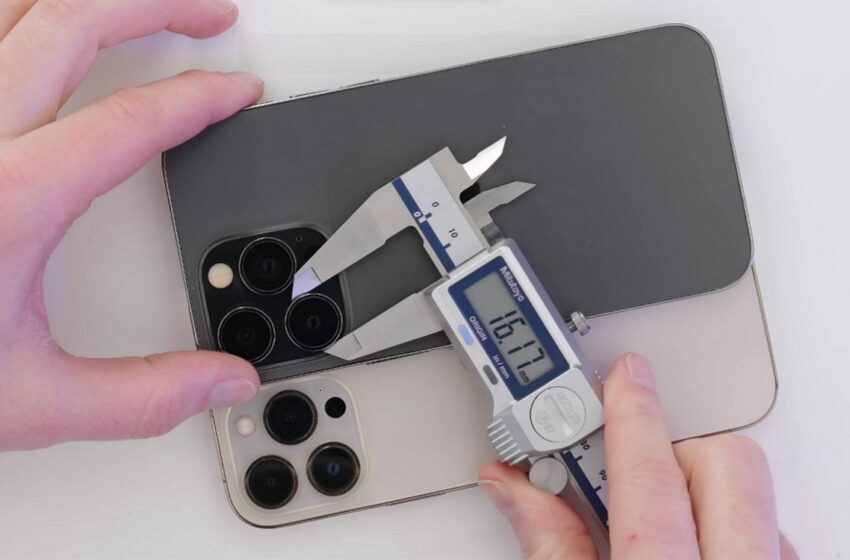 iPhone 14 Pro Max: a replica is compared to an iPhone 13 Pro Max on video

The iPhone 14s are not expected before the end of the year, but many replicas based on 3D files of prototypes have already been created. A Youtubeur was thus able to directly compare an iPhone 14 Pro Max with the current generation, the iPhone 13 Pro Max.

The famous Youtuber Unbox Therapy compared in his last video a replica of the iPhone 14 Pro Max with an iPhone 13 Pro Max. Thanks to the latest CAD files of Apple’s new generation of smartphones that had recently leaked, many case manufacturers have already been able to create their own iPhone 14and it is therefore one of these replicas that we are dealing with today.

As Unbox Therapy notes, the screen of the new iPhone 14 Pro Max is surrounded by much thinner bezels than on the iPhone 13 Pro Max. The dimensions of the smartphone are therefore slightly different compared to its predecessor. The new model measures for example 77.61 mm wide, against 78.13 mm previously. We also know that Apple intends to cut corners slightly.

On the camera side, the photo block measures 40.58 mm in length on the iPhone 14 Pro Max, and the sensors measure 16.17 mm in diameter. This is much more than the 38.75 mm of the iPhone 13 Pro Max photo block, which used 15.51 mm diameter sensors. These differences are explained by the presence of a new 48 MP photo sensor capable of filming in 8K larger than the 12 MP sensor of the previous generation.

Other small differences are worth noting, such as slightly larger and longer buttons on the new generation. Either way, we should soon hear more about the upcoming iPhone 14s as the launch nears.