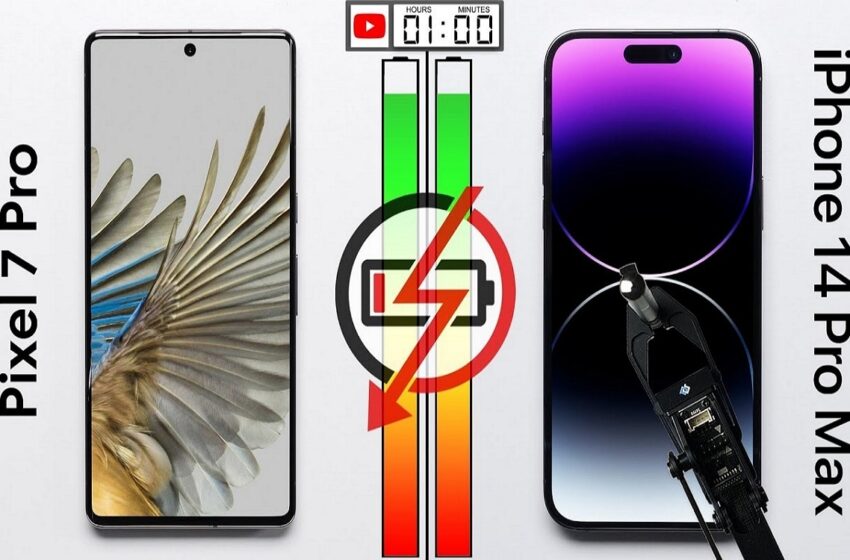 iPhone 14 Pro Max vs Pixel 7 Pro: here is the smartphone that offers the best autonomy

The iPhone 14 Pro Max and the Pixel 7 Pro are both among the best smartphones on the market today, but they are far from identical. Despite batteries with fairly similar capacities, one of the two is much more enduring.

Youtuber PhoneBuff, specializing in comparisons between smartphones, pitted Google’s Pixel 7 Pro against Apple’s iPhone 14 Pro Max in an endurance test. If Google manages to offer a smartphone almost as fast as its Apple competitor, as we saw in the battle between the Pixel 6 Pro and the iPhone 13 Pro Max, the two devices do not offer the same autonomy.

Indeed, despite the excellent optimization that the two companies have brought to their smartphone, one of the two clearly stands out in terms of battery life. As a reminder, the Pixel 7 Pro battery has a capacity of 5000 mAh, while the iPhone 14 Pro Max has to settle for 4323 mAh. As you will see, having a bigger battery does not necessarily mean being more enduring.

In its test, PhoneBuff tries to simulate normal use on both devices, and these follow exactly the same protocol. The YouTuber therefore opens various applications on smartphones, including Spotify, YouTube, not to mention the Camera application to take some photos and videos.

After an hour, we can see that the two smartphones have lost about 10% of battery each, without either really standing out from the other. After two hours, we can see that the iPhone is doing much better, since it only lost 5% of battery this time. As the test progresses, the gap widens between the two smartphones, withoutno application is particularly responsible for a drastic drop in autonomy on one or the other.

At the end of the test, the Pixel 7 Pro arrives at 0% battery, while the iPhone still has 21% autonomy. Google’s smartphone therefore lasted 9 hours and 41 minutes with the screen on, while iPhone 14 Pro Max peaks at 11 hours and 44 minutess. The difference in autonomy is therefore considerable. We remember all the same that the Pixel 7 Pro is not doing too badly, and aligns itself with most of its competitors at Android. Additionally, the Pixel 7 Pro costs only 899 euroscompared to no less than 1479 euros for the iPhone 14 Pro Max.