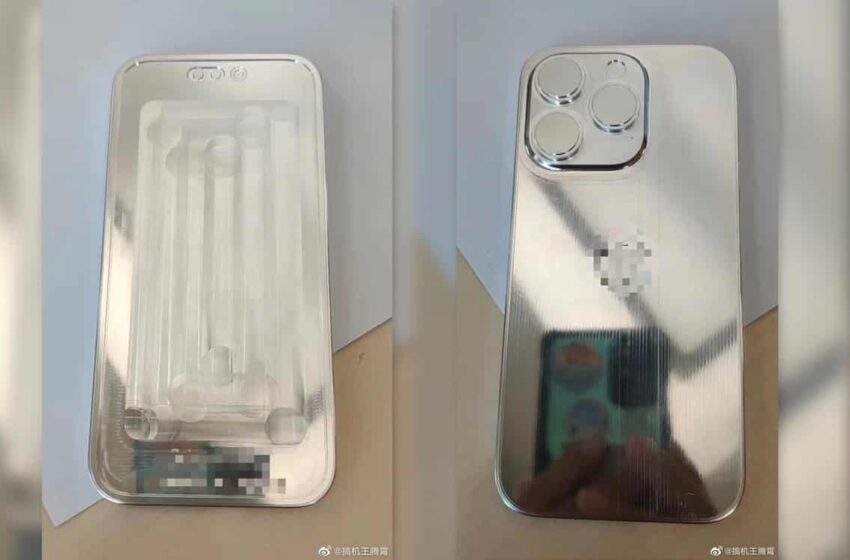 It’s no longer a secret for anyone, the iPhone 14 Pro and Pro Max will do without the traditional notch at the top of the screen. New stolen photos of smartphone models once again confirm this hypothesis. So there’s almost no doubt that Apple has opted for a dual-hole design for its selfie and Face ID sensors.

The iPhone 14s have already shown themselves from all angles. 3D renderings, handling of the models, users were able to analyze the smallest details of the design of the four smartphones to come. And one detail, precisely, has not escaped anyone. For the first time in iPhone history, the Pro and Pro Max models will be without a notch at the top of their screen. This is a major change long awaited by fans and that the competition on Android has already been offering for several years.

While the news was already almost certain at this stage, new models are driving the point home. Last week, stolen photos of the models of the four models surfaced on the web, but only their back shells were visible. Today, as you can see in the image above, we got a nice look at its front end. Judging by the size of its photo module, this is the iPhone 14 Pro Max – which could also be called iPhone 14 Plus.

As you can see, there is therefore no notch on this model, but rather the double punch that we have been hearing about for several weeks. According to previous leaks, the most imposing element is the Face ID sensor, which consists of a flash and an infrared sensor. Next to it is obviously the selfie sensor, also housed in a small hole in the screen.

Related: iPhone 14 Will Enter Production and Should Sell Even Better Than iPhone 13

As a reminder, the Pro and Pro Max models will be the only ones to benefit from this brand new design. The standard and Max models will keep their notch for at least this year. The iPhone 15 could finally sound the death knell for this tradition. The iPhone 14, for their part, no longer have many secrets to reveal to us before their release. Let’s bet all the same that they still have a few surprises in store for us.