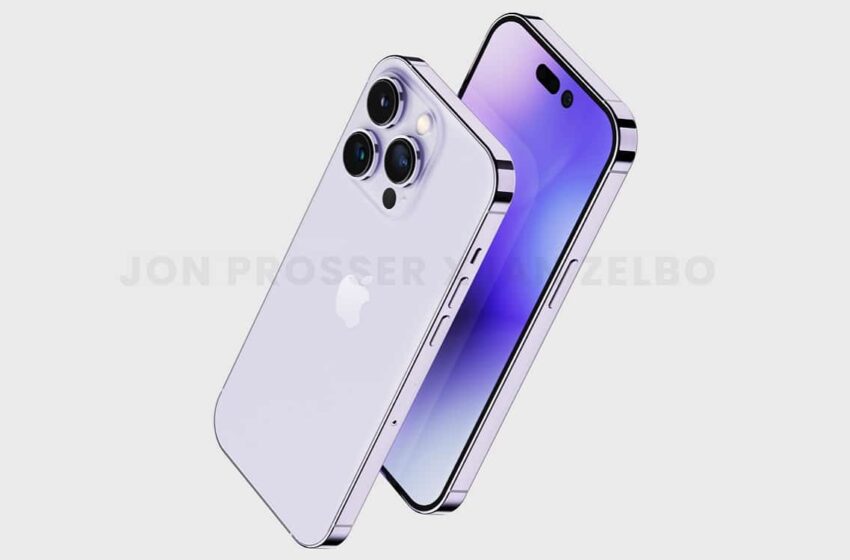 The iPhone 14 Pro and Pro Max will not inherit a chip engraved in 4nm. According to a series of leaks, Apple will bet on an A16 Bionic SoC engraved in 5nm by TSMC. The brand would rely on the same engraving process as with the A15 Bionic chip of the iPhone 13. Finally, the A16 would look more like a simple marketing name.

The iPhone 14 line is expected to be powered by two separate chips. The iPhone 14 standard and iPhone 14 Maxthe two most affordable versions, should be content with an A15 Bionic chip similar to that of the iPhone 13. The chipset would nevertheless have been slightly reworked compared to last year.

To everyone’s surprise, Apple would reserve its new A16 Bionic chipset for high-end editions. This is not a first for the Californian brand. Apple had done this with the iPhone 5C. The iPhone 14 Pro and Pro Max would therefore inherit a new A16 Bionic chip.

Apple will not yet switch to 4nm engraving

On the other hand, the processor does not look as powerful as expected. According to a bundle of leaks that appeared on the web, the A16 Bionic chip should rely on TSMC’s manufacturing process in 5nm, like the A15 Bionic chip. Apple will not pass the 4nm engraving milestone this year. The shift should begin in 2023 with the iPhone 15 range.

This is particularly the opinion of the leaker ShrimpApplePro. “A16 Bionic will continue to use 5nm from TSMC”, says the informant. However, he assures that improvements remain in the program of the iPhone 14 Pro chip, such as improved performance on the CPU side, better management of LPDDR5 RAM and the graphics part.

This is the first time that Apple would exploit chipsets with an engraving process unchanged for three years. The use of the same fine engraving as last year is not a problem, however, says analyst Ming Chi Kuo. The expert believes that “the N4 process (Editor’s note: 4nm) has no advantage over N5P (Editor’s note: 5nm)“.

Rather than opting for a more sophisticated burning method, with no real advantage in use, Apple would have chosen to stay on its laurels. “If you didn’t know, Samsung and TSMC 4nm are only 5nm with a little salt and pepper”also underlines ShrimpApplePro, considering that the 4nm is very close to a 5nm.

Apple will add an always-on screen to iOS 16 and iPhone 14 Pro, it’s confirmed

The A16 Bionic, just a marketing name?

“The A15 is manufactured to TSMC’s N5P. Because N4 has no advantage over N5P, it is reasonable for A16 to stay with N5P, implying that A16’s performance and power saving improvements should be limited”, explains the Chinese analyst, pointing out that the name A16 Bionic is more a matter of marketing. ShrimpApplePro agrees and believes that the use of 4nm remains the most logical decision there is.

The latest news, Apple would have turned to 4nm engraving following the production difficulties faced by TSMC. The Taiwanese group would not be able to burn a large quantity of chips in 3 nm before the end of 2022. TSMC would be particularly victim of the shortage of computer chips and the deficiencies of its production lines, regular since the crisis sanitary. If Apple is able to develop its own chips based on the ARM architecture, the Cupertino giant remains very dependent on TSMC for etching its components.

As a reminder, the A15 Bionic chip remains one of the most powerful smartphone processors on the market. While Apple announced 50% better performance than the competition, it turns out that the chipset is 62% faster than chips like Qualcomm’s Snapdragon 898 and Samsung’s Exynos 2200. Since then, Android chipmakers like Qualcomm have managed to close the gap, especially in terms of raw power. The SoC of the iPhone 13 stands out above all for its energy efficiency, which guarantees better autonomy.

Despite a SoC very close to last year, Apple would have taken the decision to increase the prices of its iPhones. This new increase would be due in particular to the integration of a new sensor for selfies.