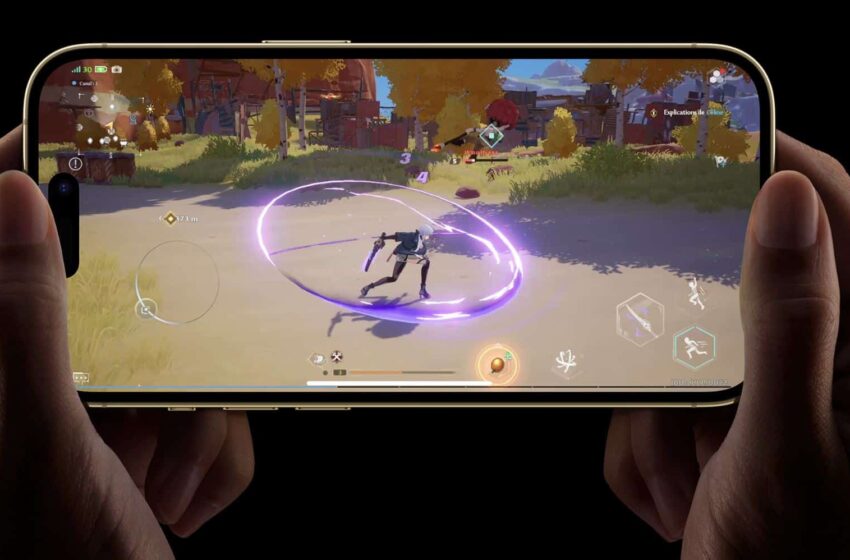 iPhone 14 Pro: the performance of the Apple A16 chip atomizes the competition

The Apple A16 Bionic SoC that powers the iPhone 14 Pro and 14 Pro Max shows itself on Geekbench, and its performance is absolutely monstrous. And icing on the cake, it was designed to be energy efficient.

Apple has officially presented its iPhone 14 series, as well as its brand new in-house chip: the Apple A16 Bionic. The American firm has been full of praise for its new SoC, ensuring that it is simply the most efficient chip on a smartphone, all for controlled energy consumption.

A Geekbench benchmark shared by the renowned leaker Ice Universe gives us a first glimpse of the power of this A16 Bionic. The latter gets a score of 1887 in single-core and 5455 in multi-core. Monstrous performance that undermines the Android competition: no Qualcomm Snapdragon, MediaTek, Samsung Exynos or Google Tensor SoC has ever reached such measures, at least not on a mobile marketed to the general public.

For comparison, know that Geekbench ranks the Lenovo Legion Y90, equipped with a Snapdragon 8 Gen 1 as the most powerful Android smartphone in single-core, with a score of 1190. In multi-core, it’s the realme GT Neo 3 and its MediaTek Dimensity 8100 which is favored by the service, reaching a score of 3872. In both cases, we are far from the performance released by an iPhone 14 Pro with A16 chip.

On this generation of iPhone, only Pro models benefit from the new A16 SoC. The standard iPhone 14s therefore remain with an A15 chip, which is found on the entire iPhone 13 series. The A16 Bionic is still engraved by TSMC in a fineness of 4nm. Its CPU is made up of six cores, including two high-performance cores with 20% lower power consumption. Apple also insisted on the very low power consumption of the other four cores, which focus on efficiency. It remains to be seen whether in addition to being beasts of power, the iPhone 14 Pro will also be champions of autonomy thanks to the A16 Bionic.

Today’s Apple A16 score, the multi-core is crazy, Qualcomm watched it, walked into the bathroom silently, lay on the toilet, and cried like a child 👶🏻. pic.twitter.com/Bw40SCo3jH