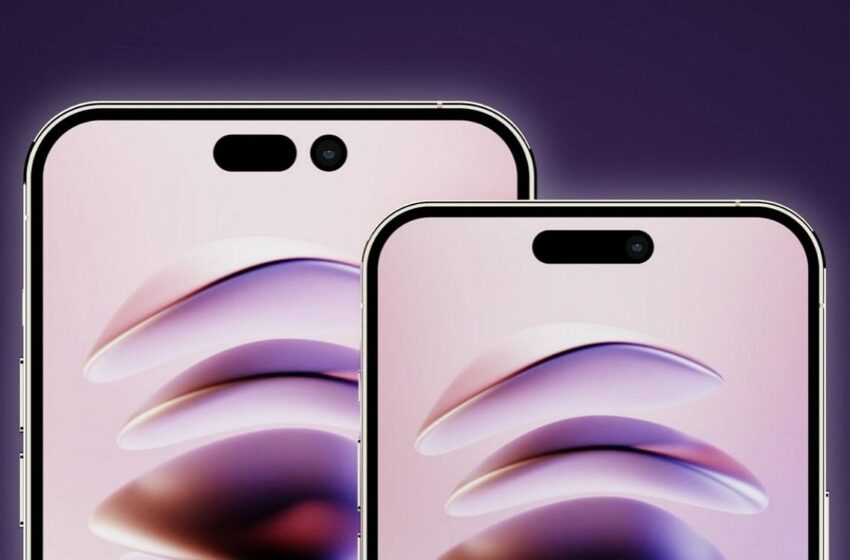 iPhone 14 Pro: the two punches of the screen would take the form of a large pill

The iPhone 14 Pro and 14 Max will indeed change their design this year and ditch the notch, which has now been used since the iPhone X. However, the notch replacement may well take another form than previous reports. indicated.

It has been known for several months now that Apple plans to change the design of its iPhone 14 Pro and 14 Pro Max. Indeed, the two high-end smartphones will adopt two punches in the screen this year rather than a notch. However, rather than displaying two separate hallmarks, Apple would have probably opted for another solution.

Famed Bloomberg reporter Mark Gurman just reported that the two punches will eventually appear as one large pill when the iPhone screen is active. In other words, you’ll see a punch hole housing the front camera and a pill for Face ID hardware when the screen is off, but they’ll appear as a big pill once the iPhone is on.

Apple will disable some pixels on its screen

As a MacRumors source reported before Mark Gurman confirmed the information, the two hallmarks will indeed appear as a single pill-shaped notch. For it, Apple reportedly intends to turn off the pixels between these two punches to create a contiguous black space.

The source also suggests that the company “ intends to visually extend the blacked out areas around the cutouts to accommodate content “. This means that the iPhone should make use of this black space in various situations, and could change the size of the notch depending on the use.

Rather than opting for an uneven look, Apple would therefore have preferred a solution that will make the iPhone screen symmetrical, and therefore more pleasing to the eye. However, some users might be disappointed to see thatpart of their iPhone screen is intentionally blacked out, and therefore unusable. We will have to wait and see how Apple could use this new pill for various features.

According to MacRumors, Apple could make the area slightly wider to accommodate status icons on the left and right sides or even expand it downwards into a large rounded square when it comes to receiving notifications on the iPhone 14 Pro, but we will have to wait for the official presentation to find out more. As a reminder, the new devices will be launched on September 7th.