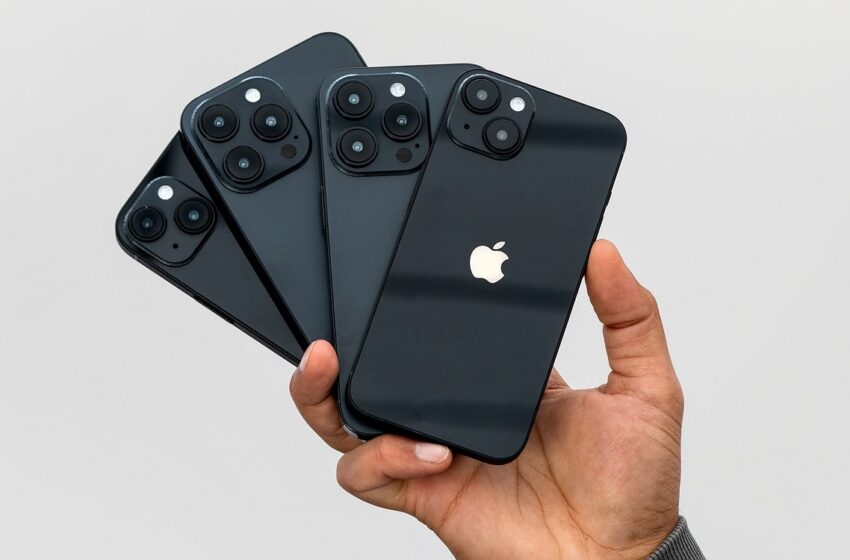 iPhone 14: replicas of all models are revealed in video before the launch

The iPhone 14s are not expected before September 2022, but all of the new models have already been compared to each other in video. These were of course replicas, but these are very faithful to reality.

A few weeks ago, YouTuber Unbox Therapy managed to get his hands on a very convincing replica of the next iPhone 14 Pro Max, and was able to compare it on video with its predecessor, the iPhone 13 Pro Max. The videographer eventually managed to source all the other models, so now we can get a glimpse of the entire 14-series.

As we can see in his video, the new iPhone 14 series abandons the mini format for a new 14 Max model, which has been mentioned quite regularly in previous reports. The iPhone 14 Max will use the same design as the classic iPhone 14, but the same size as the iPhone 14 Pro Max with a 6.7-inch screen.

The iPhone 14s are slightly larger than their predecessors

When the Youtuber compared the dimensions of the replicas based on 3D files to the current models, he realized that the new iPhone 14s were mostly a little larger than the iPhone 13s.Apple has slightly changed the dimensions of its smartphones to not only be able to include a larger battery, but also to prevent users from reusing the shells of previous models.

We also know that Apple plans to make the iPhone 14 Pro and 14 Pro Max its best smartphones in photos, in particular thanks to the arrival of a larger 48 MP main sensor. The latter significantly increase the thickness of smartphones and the size of the photo model on the backwhich should make the devices even more wonky on a table.

Anyway, we should soon know more about all the iPhone, since we now know when Apple could hold its Keynote in September. For the most impatient among you, we remind you that it is already possible to pre-order a personalized iPhone 14 model from Caviar, but the prices are very high.