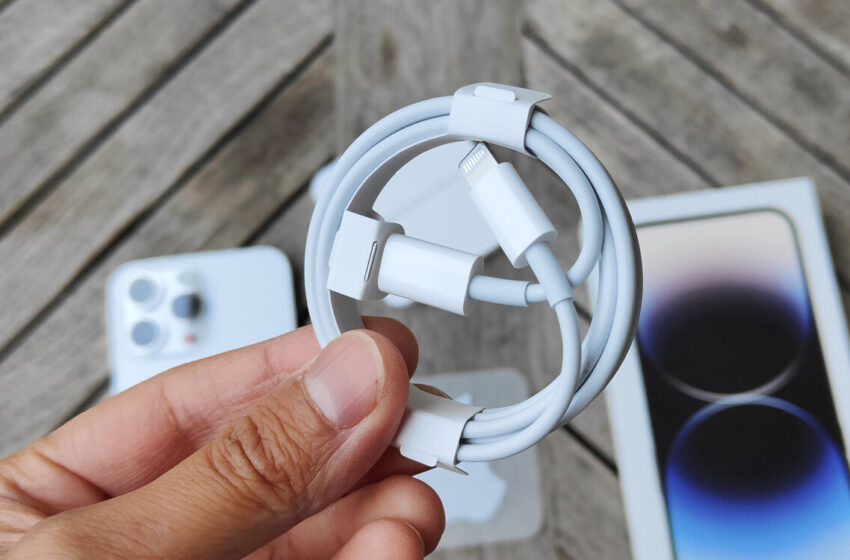 iPhone 15: Apple confirms USB-C on its next smartphone, goodbye Lightning!

Apple’s vice-president of global marketing confirms that the American company will replace the Lightning connector with a USB-C connector on its iPhones to comply with European regulations.

As the European Union just formalized new legislation that will force most personal electronic devices to switch to USB-C for charging and data transfer, all eyes were on Apple. In effect, the American manufacturer was still one of the few to use its own proprietary connector, the Lightning.

Following the adoption of the regulations, it was therefore expected that the iPhone 15 would be the first Apple smartphone to use a USB-C port, and this has just been officially confirmed by the company. Indeed, Greg Joswiak, Apple’s senior vice president of worldwide marketing. Mr. Joswiak and his colleague Craig Federighi, senior vice president of Apple, officially announced the withdrawal of the Lightning.

Apple finally announces the death of the Lightning

Interviewed by Joanna Stern at an event organized by the Wall Street Journal, the two Apple executives confirmed that the company will comply with the EU decision. ” We do not have the choice. As we do around the world, [Apple] will comply with local laws said Greg Joswiak.

Apple’s vice-president doesn’t seem to really like this new legislation, although the company is increasingly equipping devices with universal connectivity. Recently, it was the entry-level iPad 2022 that said goodbye to the Lightning. ” We believe it would have been better for the environment and for our customers if a government weren’t so prescriptive “. Yet the advantage of a universal connection is precisely to reduce the number of electronic waste.

Joswiak said EU lawmakers and Apple have been ” a little disagree on the idea of ​​common regulations for shippers. According to him, European lawmakers have already tried to standardize the now outdated micro-USB connector. Today, Apple executives believe that over a billion people use a lightning cable in one way or another, and all will now have to switch to USB-C for the company’s upcoming devices. It remains to be seen whether or not the next iPhone SE, which will arrive in early 2023, will have a USB-C port.