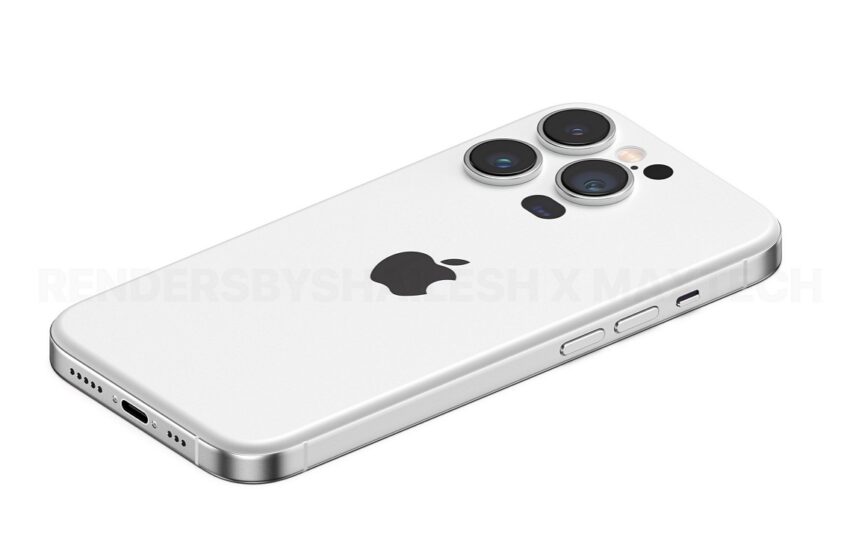 iPhone 15 Pro and Ultra: Apple could further increase the prices of its next smartphones

In 2023, the iPhone 15 Pro as well as the new flagship 15 Ultra should see their prices increase, according to a new report from a leaker on Weibo. As production is about to begin at Foxconn, we take stock of what we know about these two models.

A few days ago, we told you that the iPhone 15 and 15 Plus would probably be a little cheaper than the iPhone 14, but the next Pro and Ultra models should see their prices increase at the end of the year. Apple would like to widen the gap between its different models, in particular to justify the inclusion of some exclusive features on its more expensive models.

A new report on Weibo corroborates that the iPhone 15 and 15 Plus will both get Dynamic Island as well as the same 48 MP camera that was introduced the previous year on the iPhone 14 Pro and Pro Max, but the two most expensive smartphones in the series will also be entitled to some major advantages.

As with the current generation, the iPhone 15 Pro and 15 Ultra will also use an all-new chip from Apple. The latter will be entitled to the new A17 Bionic, the first SoC for smartphones from Apple engraved in 3 nm. The latter does not promise to be much more powerful than the current generation, but should above all bring significant improvements in terms of its energy consumption.

This new processor will be manufactured by TSMC using the new engraving process, but we remind you that this one is very expensive. Rumor has it that the price of a wafer from the N3 family, engraved at 3 nm, would cost no less than 20,000 dollars. This is therefore an increase of 25% compared to the price of a wafer engraved at 5 nm. Such an increase could therefore well end up on the invoice paid by customers.

Two weeks ago, the Taiwanese giant finally joined Samsung in the race for 3 nm chips by starting production of the first SoCs using this new etching. The first devices to take advantage of this should be the new generation of 14-inch and 16-inch MacBook Pros that will arrive in the spring.

We also learned a few months ago that the iPhone 15 Pro and 15 Ultra should benefit from a titanium chassis for the first time, which would make them much more resistant. However, this will inevitably increase the cost of production for Apple, so it would not be surprising to see Apple pass these increases on to the final price. For their part, the iPhone 15 and 15 Plus should retain a more traditional aluminum chassis.

Finally, we know that the iPhone 15 Ultra should be entitled for the first time at Apple to a periscopic photo sensor, like most high-end Android smartphones today. It will provide even greater optical zoom, but it is also a much more expensive solution.

Other upgrades expected on the iPhone 15 Pro and 15 Ultra include increasing the RAM to 8 GB LPDDR5. Unfortunately, the RAM would not benefit from any increase in speed this time. However, most Android smartphones of 2023 such as the Xiaomi 13 or the Galaxy S23 will all benefit from a new generation of even faster Samsung memory to facilitate application management. Finally, Apple would also plan to switch from Lightning to USB-Ca port that should also support Thunderbolt connectivity.

It remains to be seen if Apple really intends to increase the prices for the next generation, but this information will probably be clarified by other leaks over the next few months. We should know more about all iPhone 15 models soon, since Foxconn will start manufacturing the first prototypes in the next few days. We therefore expect indiscretions from the production lines.