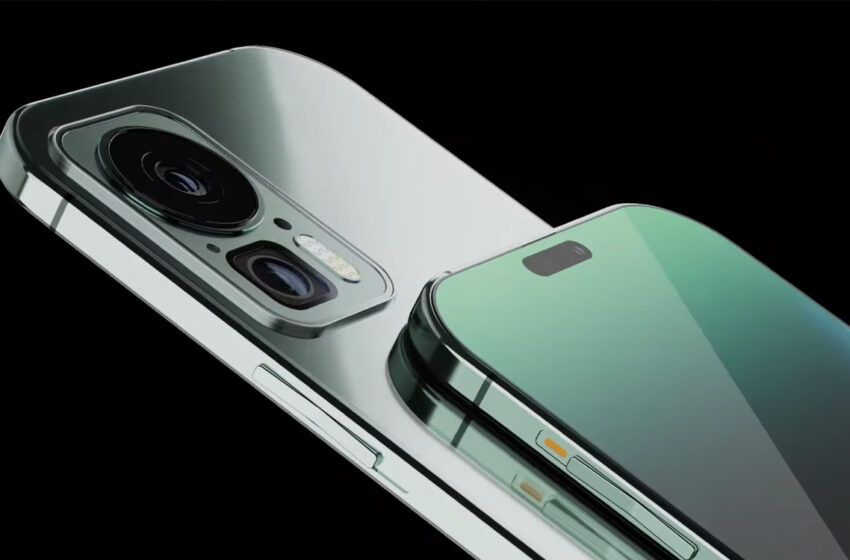 iPhone 15 Pro Max: discover this concept that predicts what the smartphone will look like

Based on recent leaks, designer Antonio de Rosa has made a first concept for the iPhone 15 Pro Max. The latter imagines a design consisting of a frame with a rounded edge, in accordance with what has been announced, as well as a less prominent photo module. We obviously find the famous Dynamic Island, which should be present on all models this year.

You always have to wait a little bit after the appearance of the first leaks to discover the design of a smartphone. Also, some designers take the opportunity to use their imagination and create first 3d renderings. Today, it’s the turn of the iPhone 15 Pro Max to be entitled to one of these concepts, created by graphic designer Antonio De Rosa. He used the (still rare) rumors about the design of the smartphone, which he completed with other forecasts.

Antonio De Rosa, for example, takes up the indications concerning the titanium chassis with rounded edges, which surfaced as early as last November. If these rumors turn out to be true, it will bea first for Apple which has been using the same chassis for several years. In addition, the smartphone imagined by the designer is slightly thinner than the iPhone 14 Pro Max, namely 7.4mm versus 7.9 mm for the most recent flagship of the manufacturer at the apple.

On the same subject – iPhone 15 and 15 Plus: no jealousy, they will be entitled to the same photo sensor as the Pro models

This is what the iPhone 15 Pro Max could look like

Antonio De Rosa is also inspired by the information provided by Ming-Chi Kuo concerning the disappearance of the physical buttons on this new generation, which this time will be placed under a touch surface, equipped with Taptic Engine technology to offer haptic feedback. In his video, Antonio De Rosa baptizes this concept “butterfly buttons”.

For the photo part, the graphic designer imagined an more discreet and less prominent module than that of its predecessor. We find in particular a periscope sensor capable of folding automatically inside the smartphone. Of course, there is the Dynamic Island, which should be integrated into all models this year. We let you discover the result in the video below.