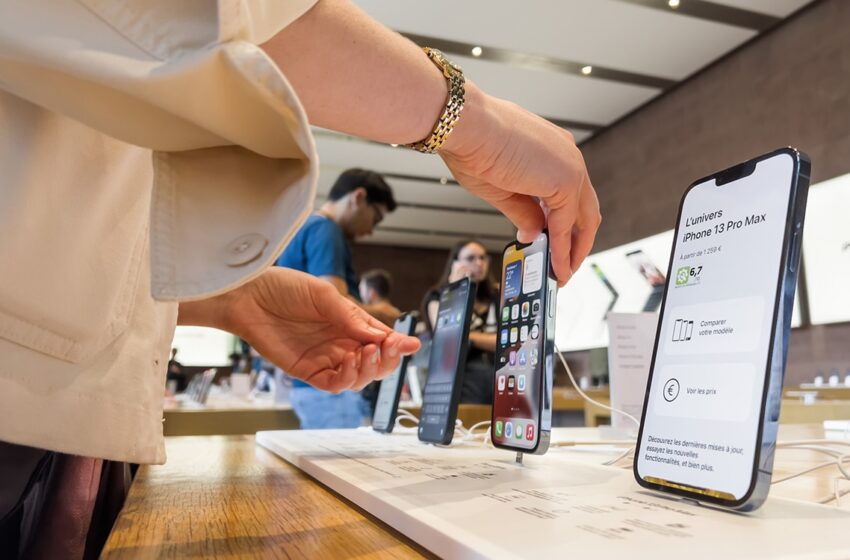 Apple has obviously not finished with accusations of planned obsolescence. The HOP association, which is actively fighting against this type of abuse, has just filed a complaint against the Cupertino giant, which it suspects of “serialization”. In other words, the manufacturer would prevent users from repairing their smartphone or even updating it.

Remember: in 2017, Apple faced what is still one of the biggest scandals in its history. After accusations by John Poole, founder of Geekbench, the Cupertino company admits practicing planned obsolescence on its iPhones. Of course, this was justified by highlighting the interest for users, namely here the preservation of autonomy. But this explanation did not convince the authorities: France imposed a fine of 25 million euros on the brand, while Italy claimed 60 million.

Since then, things have calmed down somewhat, although suspicions against Apple have never really been extinguished. Today, these are once again brought to the fore, this time by the Halte à l’obsolescence programmed (HOP) association. In a supporting document of about sixty pages, the organization accuses the manufacturer of “serialization”. If you have perhaps never heard of this practice, it nevertheless has a lasting impact on the use that we can have of our devices over time. Explanations.

What is serialization, of which Apple is accused?

In a press release published this Wednesday, December 7, HOP describes serialization as a process that “Consists of associating the serial numbers of the components and peripherals of a product with that of the iPhone via, in particular, microchips”. In other words, Apple keeps track of all the components of its iPhones, which can let it know when one of them is replaced. “This practice has recently affected the parts most frequently subject to breakdowns (screens, battery, camera, etc.)”specifies the association.

Of course, this is an infallible way for Apple to know whether the spare parts selected by users or, failing that, repairers comply with its own list of authorized components. If this is not the case, the iPhone then becomes unusable, like the HOP report which notes numerous testimonies where the smartphone no longer works after repair. And this, even when the latter has opted for parts “identical and original”.

That’s not all. HOP also argues that this practice allows Apple to restrict updates to older iPhones. The association cites the iPhone XR as an example, unable to support iOS 16 for some users. The latest version of the operating system indeed triggers problems with the touch screen, which the manufacturer prefers to explain by a concern for compatibility with an unapproved part. Once the iPhone XR is back to iOS 15, the problem disappears.

“These malfunctions observed repeatedly, without information and without a solution provided to the consumer or the repairer, are not simple “bugs”: they aim to disadvantage independent repair or reconditioning, to the benefit of the sale of new smartphones or captive repair, at prices that are often dissuasive for the consumer”, accuses HOP. The timing is particularly ironic. Just yesterday, Apple launched its Self Service Repair service in France.

The program, which allows users to have access to a vast catalog of spare parts to repair their devices themselves, is notably brandished as a standard by Apple to illustrate its desire to offer more durable products. Provided, obviously, not to exceed a certain expiry date unknown to the purchase. So let’s hope that the parts sold by the manufacturer do not encounter the problems mentioned above.