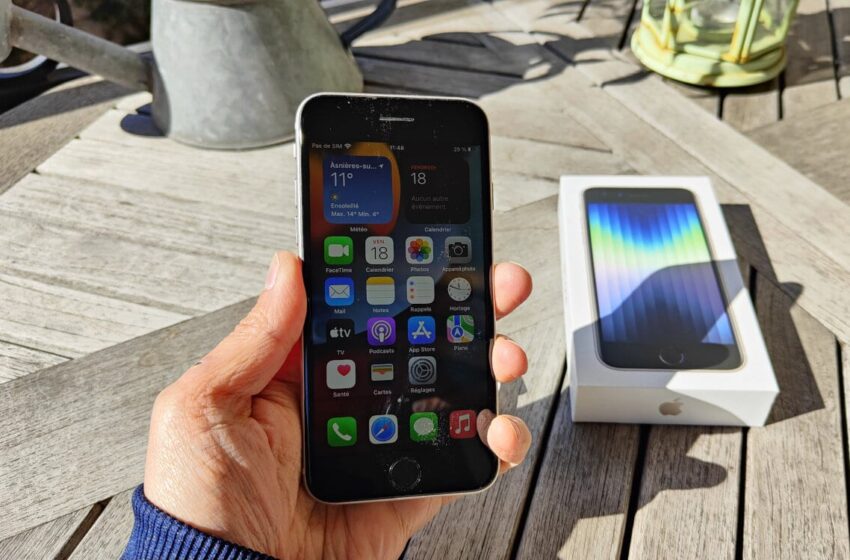 iPhone: Chris Evans, alias Captain America, regrets the disappearance of the button on the front

Since the iPhone X, Apple is gradually abandoning the front button in its smartphones and tablets. But some users remain very attached to this feature. This is the case of actor Chris Evans, who portrays Captain America in Marvel films. In an interview broadcast on YouTube, he said he prefers small iPhones with a button on the front, like the iPhone 6s.

The iPhone X was one of the most defining models in Apple’s smartphone history. It introduced several notable changes. The arrival of the notch and Face ID. And the abandonment of the Home button and Touch ID, the fingerprint reader. A change that was debated at the time and that some users of old Apple smartphones still regret.

This is the case, for example, of Chris Evans, alias Captain America in the Marvel Cinematic Universe. The actor, who is currently promoting his latest film The Gray Man, gave an interview to Collider, the online magazine dedicated to the 7e art. Part of this interview was posted on the magazine’s official YouTube channel. You can find this document at the end of this article. In this interview, he openly expresses his nostalgia for his old iPhone 6s. And his regrets for newer iPhones.

What exactly does he regret? First he regrets the disappearance of the Home button. A button that he describes as very practical. Next, he feels that Touch ID is a more convenient biometric sensor than Face ID. Whether the phone is flat, sideways or upright, as long as the thumb touches the button, an iPhone unlocks more smoothly. This is not the case with Face ID, which requires the iPhone to be able to “see” the user.

Finally, Chris Evans believes that iPhones have become too heavy, too bulky and less easy to use. He makes the comparison between his current iPhone and the old models. And it’s true that the iPhone 13 Pro Max, for example, is the heaviest iPhone in Apple’s history: 240 grams (against 228 grams for its predecessor).

In this small part of the interview, the actor also evokes the thorny problem of product obsolescence: “ I would like an iPhone like the ones before that keeps working until it stops working “. Remember that such an iPhone exists: the iPhone SE 5G, which combines recent technologies with a retro design.