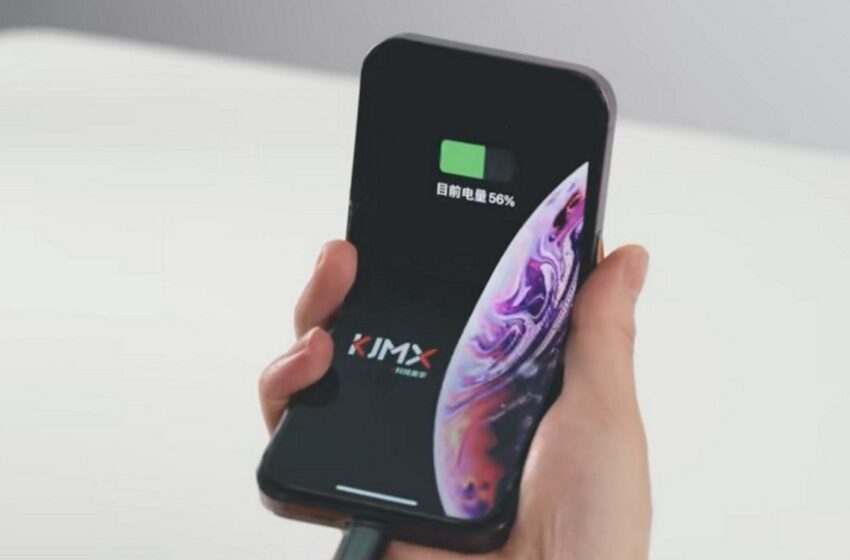 While Samsung has dominated the foldable smartphone market for several years now, we are still waiting for Apple to launch its first such device. However, before that, an engineer has already managed to create a first folding iPhone.

We’ve known for several years now that Apple is seriously working on an all-new foldable iPhone, and several models are reportedly already in the works. We will have to wait several more years before seeing them arrive on the market, which is why a Chinese engineer had the good idea to make his own foldable iPhone.

Indeed, a user revealed on video that he had worked for several months on his own foldable iPhone, which he named iPhone V, based on the innards of an iPhone X and several foldable smartphones. It reminds us a lot of the story of the engineer who managed to replace the Lightning port of his iPhone with USB-C.

To create this iPhone like no other, the engineer used parts from the Galaxy Z Flip as well as the Motorola Razr. As on other clamshell smartphones, the user has thus divided the internal components of the iPhone into two halves and connected them together.

More precisely, the bottom half houses the main motherboard with the SoC and memory, while the upper half houses the battery and the rear and front camera sensors. The engineer also had to use 3D printing to manufacture the body of the device.

Most impressively, the foldable iPhone is fully functional, although obviously not as good as the real foldable smartphones built by Android manufacturers. The iPhone V runs well on iOS, which obviously makes it quite complicated to use. Indeed, iOS isn’t optimized for foldable devices, so this clamshell iPhone is just a crazy project for now that couldn’t be replicated on a large scale.

However, according to a previous report, Apple would launch a foldable iPad before an iPhone with hinges, and assuming it materializes, it will be a niche product. It will target a specific clientele with a suggested price of $2,500.