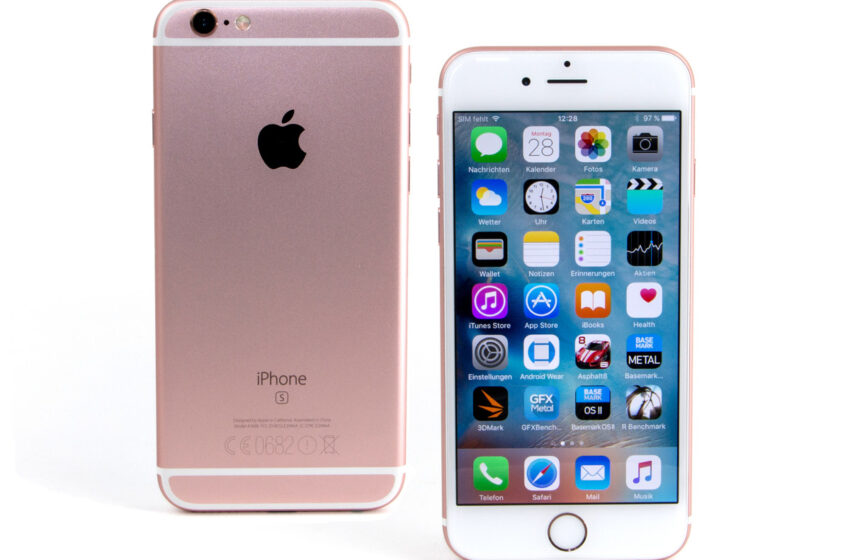 Apple has just released an iOS update numbered 12.5.7. It is intended for old Apple products: iPhone 5s, iPhone 6, iPad Air, etc. This update fixes a security flaw in Safari’s rendering engine. This flaw allowed a website to execute malicious code and access certain information contained in the phone or tablet. The flaw was discovered by Google engineer.

Apple is known for updating its products for many years. Take iOS 16 for example, the latest version of the smartphone operating system. It is compatible with the iPhone 8. It was presented on September 12, 2017 and marketed 10 days later. 5 years later, the phone is still maintained. No Android brand can say the same, even the best students like Google or Samsung. Maintenance is long and it can take even longer if it concerns product safety.

Proof of this is the release of a new update announced today, Tuesday, January 24, 2023. This update is numbered iOS 12.5.7. It therefore concerns an OS that is largely outdated today. And it targets products that have not been officially maintained for several years: iPhone 5s, 6 and 6 Plus, the iPad Air, Mini 2 and Mini 3, as well as the sixth generation of the iPod Touch. Why is Apple updating these devices? Because they are victims of a security breach large enough for Apple to deploy a patch.

Apple fixes a Webkit flaw on its old devices

This security flaw concerns Webkit. What is Webkit? This is the web page rendering engine developed by Apple for Safari. It’s a bit like Blink at Google (which serves as the basis for Chromium) or Gecko at Mozilla (which you mainly find in Firefox). A flaw therefore exists in Webkit which allows hackers to access the content of a device under iOS or iPadOS. The process is “simple”: by accessing a website containing malicious codethe hijacker bypasses browser security.

This security flaw was discovered by a Google engineer who contacted Apple. The firm had already released an update to iOS and iPadOS, numbered 15.7.2 to close the loophole on slightly newer devices. This update was deployed on December 13, 2022. It then concerned the iPhone 6s, 7, 7 Plus and SE (1st generation), iPad Pro, iPad Air 2 or later, iPad 5th generation or later, iPad mini 4 or later, and iPod Touch 7th generation. Note that even newer iPhones received an iOS 16 update in December to fix the same flaw.

If you have a device mentioned in this article and you still use it on a daily basis, we strongly advise you to update the operating system. To do this, nothing could be simpler: go to ” settings “, then ” general ” and finally ” software update “.