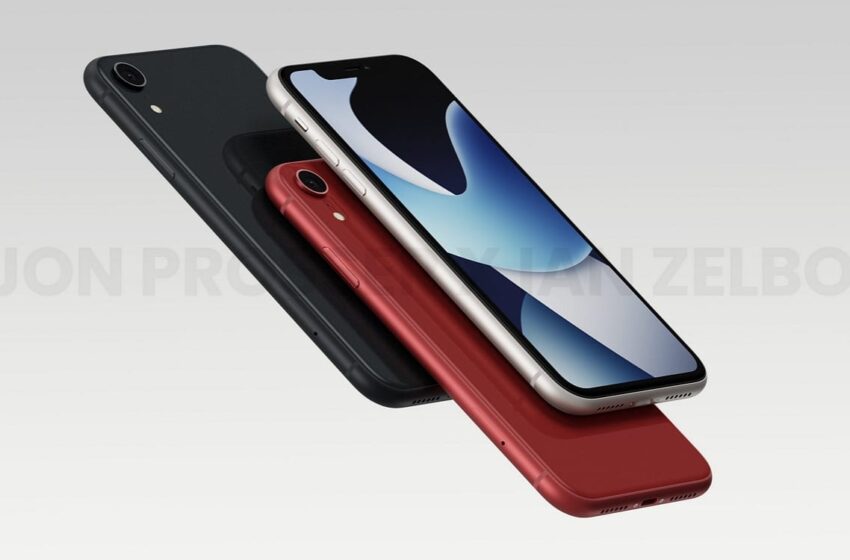 iPhone SE 2023: this is what Apple’s next affordable smartphone will look like

As usual, Jon Prosser has unveiled new renderings presenting the design of a future device from Apple, and this time it is the next affordable smartphone from the American manufacturer: the iPhone SE 2023.

We’ve been hearing about the next iPhone SE for several months now, which is expected for spring next year. Numerous reports have confirmed that this new 2023 model will build on the design of the iPhone XR, ditching the now outdated design of the 2022 iPhone SE 5G.

Jon Prosser therefore took the opportunity to create with his designer Ian Zelbo new detailed renderings of the device in several colors: red, white and black. The iPhone therefore takes up the emblematic design of the iPhone XR with its notch, but above all its LCD screen with fairly wide borders.

What technical characteristics for the iPhone SE 2023?

As is often the case with its affordable iPhones, Apple should equip the smartphone with one of its most powerful in-house chips. The iPhone 14 had only been entitled to an A15 chip, which was already found on the iPhone 13 of 2021, we imagine that the iPhone SE 4 should also use this chip. The A16 Bionic processor would thus still be reserved for the 14 Pro models.

New design will allow iPhone to make Touch ID button disappear, which will be replaced by a Face ID biometric system. This will therefore be the first time that the SE series will be compatible with this technology.

The iPhone SE 2023 is also expected to get a 12 MP single camera on the back, and sufficient autonomy to last a day. The affordable iPhone should also be certified IP67 for water and dust resistance.

Apart from the processor, the difference with the iPhone XR could mainly be at the level of the screen. Ross Young, the industry’s most trusted analyst, announced earlier this year that Apple plans to release a fourth-generation iPhone SE with a larger 5.7-inch screen next year. The latter would therefore not benefit from a screen as large as the iPhone XR, which is entitled to a 6.06 inch panel. It will be necessary to wait a few more months before knowing exactly which format has adopted Apple.