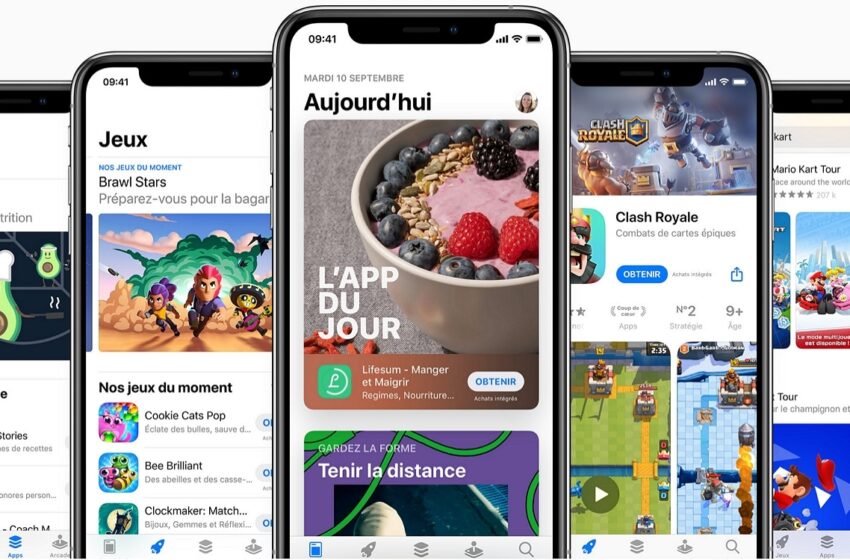 Apple may soon integrate ads into more of the apps that come preinstalled on your iPhone and other Apple devices, including Maps, Books, and Podcasts.

While Apple already includes ads in its News, App Store and Stocks apps, Bloomberg’s Mark Gurman reported on Sunday that the US giant recently internally tested ads in Apple Maps and that he could also integrate them into other apps such as Podcasts and Books.

The ad serving business is on the decline, but Apple is confident that its installed base of millions of users can pay big dividends. Apple’s vice president of advertising platforms, Todd Teresi, wants significantly grow the advertising business and increase its profit to double digits compared to the current $4 billion annually. Apple’s advertising team has also been promoted to a company priority, according to Bloomberg.

Apple wants to display lots of ads on its iPhones

For example, Apple has been promoting certain apps in the App Store for some time now. It is possible for developers to pay Apple to display their app at the top of other results, and it is this advertising system that will soon be applied to more Apple apps.

According to Gurman, ads in the Books and Podcasts apps will likely allow publishers to promote their books and creators their content in the search tab. On Maps, ads could work the same way, companies paying to appear at the top of search results when users enter certain search terms.

Gurman also mentions the possibility of advertising on Apple TV Plus, and indicates that the company could choose to create a less expensive ad-supported subscription, which Disney+ and Netflix plan to do by the end of the year. Disney + has also announced bad news for its subscribers, since the price of the subscription will increase from December 8 despite the arrival of advertisements.

In addition to bringing ads to other pre-installed apps, Apple has already announced that consumers will start seeing more ads in the App Store. The new ad units in iOS 16 will allow advertisers to placing advertisements in the Today tab of the App Store and at the bottom of other apps’ product pages.