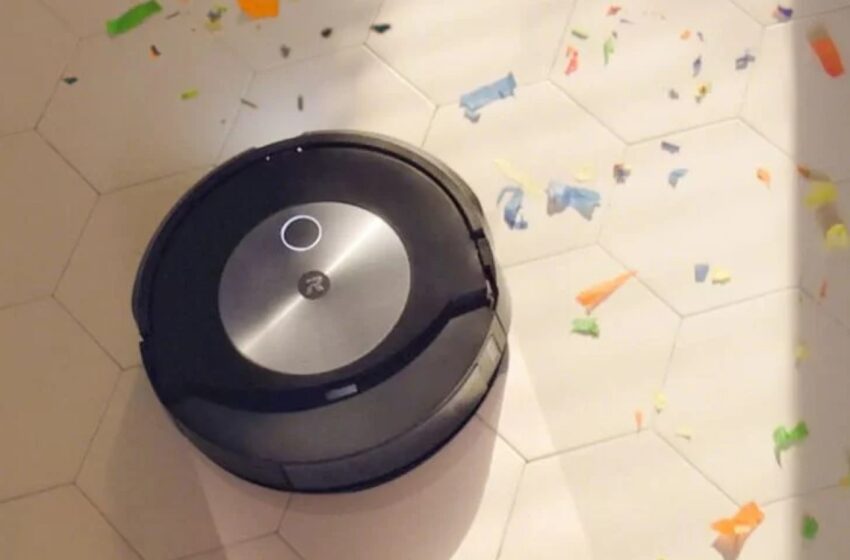 iRobot announces the Roomba Combo J7 +, a connected vacuum cleaner that also knows how to wash your floors

The iRobot Roomba Combo J7+ is based on the Roomba J7+ robot vacuum. He adds a retractable mop which makes it a two-in-one vacuum cleaner.

iRobot has just launched the Roomba Combo J7+ model which adds the washing function to the Roomba J7+, which is considered a very good robot vacuum cleaner and an excellent alternative to the Roomba S9+, the Rolls of robot vacuum cleaners. Robot vacuum cleaners are nothing new. While great on paper, they often require human intervention to switch from vacuum mode to mop mode, and vice versa. Not content to enter the arena of two-in-one robots for the first time, iRobot offers an innovation at this level, since the Roomba Combo j7+ arises in truly autonomous device. Its mop retracts automatically according to the configuration of the ground. In fact, the Combo j7+ wipe automatically lifts if the sensor detects the presence of carpet or any obstacle.

To read – Best robot vacuum cleaners: which model to buy in 2022?

Although it is possible to buy it as is, iRobot strongly recommends buying the device with the Clean Base, an automatic emptying station in which it is possible to store debris and dust for two months. It obviously has the same technologies as the Roomba j7+, namely, the PrecisionVision navigation system which allows the vacuum cleaner to circumvent obstacles or even worse dog excrement, compatibility with Alexa, Google Assistant or Siri. DirtDetect spots the dirtiest areas of your home and spends more time there, and the iRobot smartphone app helps you customize floor cleaning.

At the technical level, iRobot had to make some changes. The tank is slightly smaller, to make room for the 210 ml water tank for the mop, and the battery is larger, the washing function necessarily requiring more energy.

Competition is fierce in the robot vacuum market. iRobot was recently acquired by Amazon, which means that both in terms of technology and in terms of competitive prices the company will be able to do well. The Roomba Combo j7+ costs 999 € on the iRobot website. Pre-orders are already open in North America and should soon be available to European customers.