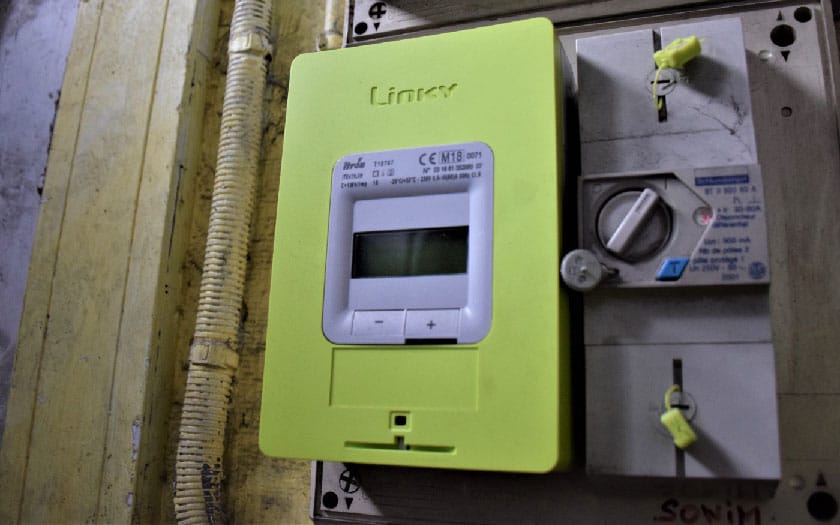 Linky: a bug displays an electricity consumption of 290,000 euros, the meter has gone crazy

The Linky counter continues to spread in French homes. A few weeks after installing the connected meter, a couple realized that their electricity consumption had skyrocketed. The estimated consumption reaches 290,000 euros.

Under these conditions, many French people finallyt resolved to accommodate a Linky connected meter. This is the case of Stéphane and Stéphanie Galopin, a couple living in Simandre, in Saône-et-Loire, report our colleagues from Capital.

Linky is not responsible for the bug, believes Enedis

“We had to spend a day there since it was compulsory. So we did it, but not lightheartedly”, explains the couple to a local medial. A few weeks later, they realized that their electricity consumption had completely exploded. By consulting his energy consumption through a smartphone application, Stéphane discovered that there was a serious problem.

The electricity consumption of the coupe was indeed estimated at 289,772.93 euros since the last bill. The mobile application shows that consumption has gone from 6,212 kWh to 478,244 kWh, figures that are incomprehensible for the couple. “Our heating is not electric, but wood-fired, and there are two fewer people in the house compared to last year. It’s hard to understand”testifies the couple.

They then contacted EDF customer servicewhich proved to be rather reassuring. “The person I spoke to confirmed to me that these figures were inconsistent, explaining to me that there was certainly a flow problem”explains Stephanie.

Read also: An anti-Linky municipality loses a battle against Enedis

Questioned by Capital, Enedis, the manager of the electricity network, specifies that the Linky meter is not responsible for the problem. “After carrying out checks, Enedis established that the display problem noted by customers did not come from the data reported by the Linky meter. Enedis is in contact with the electricity supplier, which also carries out checks on its side before returning to customers to provide them with the clarifications necessary to regularize the situation.assures EDF.