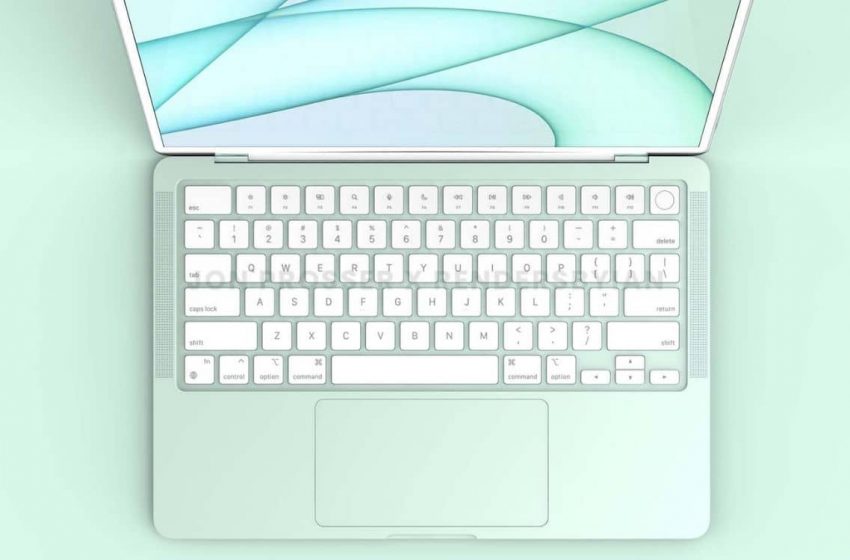 The MacBook Air 2022 will benefit from a new design and several features taken from the MacBook Pro 2021. Apple’s ultrabook retains its identity, but the M2 chip and other expected novelties should significantly improve the experience.

The MacBook Air is a product popular with many users for its high-end performance at a more affordable price than a MacBook Pro and an ultrabook design that makes it convenient to carry. Apple will launch a new model of MacBook Air in 2022 and if the manufacturer has not yet officially communicated about it, we can count as often on reliable sources in the industry to know the characteristics of the device for months in advance.

Features, specifications, design and aesthetic changes, release date: find out everything we know about the MacBook Air 2022 today.

The last Apple MacBook Air was released at the end of 2020. It had distinguished itself for being one of the first Apple-branded computers to embed an in-house ARM chip, the famous SoC M1. If initial predictions suggested that his successor would come out about twelve months later, at the end of 2021, we now know that we should no longer hope for such a release window. To date, it is not known whether this is a purely strategic decision or whether the shortage of components from which all the market players are suffering is the cause, but we have to wait until 2022 to see the commercialization of the product. new MacBook Air.

According to dylandkt, which specializes in Apple news leaks, the MacBook Air 2022 can be expected to be released sometime in the future. first semester 2022. If this is the case, we would rather expect a launch in spring (April-May) than in winter. The leaker also believes that the Cupertino company could abandon the “Air” mention to keep only the MacBook name on the iteration to come. Analyst Ming-Chi Kuo is less optimistic and expects mass production of the MacBook Air to begin at the end of the second quarter or the beginning of the third, which would then lead us to a release aroundaugust or september.

If Bloomberg information is to be believed, the 2022 MacBook Air will not retire the 2020 MacBook Air. The first quoted will be sold as the premium option while the second will always be offered as a first price alternative. Ming-Chi Kuo also expects a drop in the price of the range. It is likely that the new MacBook Air will be listed at the price of its predecessor (i.e. from 1129 euros for the 256 GB storage version and 1399 euros for a 512 GB SSD configuration) and that the 2020 references suffer a fall in price.

This generation of MacBook Air is expected to come with some significant design changes. The laptop would still thinner and lighter than the current model. A technical feat that would be made possible by a new cooling system that does not depend on a fan. Its design would also be more homogeneous and uniform, as on the last MacBook Pro. The MacBook Air 2020 has the particularity of being thicker on the back than on the front of the device.

The Jon Prosser leaker evokes a passage to flat slices, which is hardly a surprise. Apple wants to standardize all its ranges and has already made a return to flat edges on the most recent iPhones, iPads and MacBook Pros.

The MacBook Air 2022 would be entitled to a notch, as on the MacBook Pro 14 and 16 inches. The borders around the screen would be reduced in size and white, just like the keyboard. Aesthetically, Apple is making a small revolution since these elements were black until now. And that’s not all since several sources evoke new colors for the chassis, like the colorful iMacs of 2020, released in green, yellow, orange, red, purple, blue and gray.

Like the iPad Pro and MacBook Pro, the next MacBook Air is expected to feature a Mini-LED technology display. This allows you to benefit from a less imposing backlighting system and therefore improve the design of the device, better contrast, deeper blacks (without however reaching the level of the OLED), colors brighter and richer, all with optimized energy consumption.

Apple should keep a diagonal of 13.3 inch on the laptop, preferring to use the space saved by trimming the edges to offer a more compact laptop.

The MacBook Air 2022 will be equipped with an ARM M2 chip. In all likelihood, this will be the very first device to embed this SoC. The M1 Pro and M1 Max chips are reserved for the latest MacBook Pro. The first elements shared on this subject report the same number of CPU cores on the M2 as on the M1, namely eight. This new generation should however benefit from a greater number of GPU cores: 9 or 10 on the M2 against 7 or 8 for the M1 depending on the version. It is almost a given that the chip will be engraved in a fineness of 4nm. Some reports suggested a fineness of 3nm, but it will probably be necessary to wait until 2023 to get to this point.

On the other hand, we remain very behind the M1 Pro and M1 Max in terms of performance. It makes sense, with the MacBook Pros being aimed at a professional and creative audience, while the MacBook Air is more of a mainstream machine for users who just want a laptop PC under the Apple ecosystem.

This is also why 16 GB RAM are more than sufficient and that we should not a priori go to 32 GB of RAM with the new MacBook Air.

🛠️ A connection to the MacBook Pro?

The historic MagSafe power and charging connection for MacBooks had disappeared, but made a comeback on the 2021 MacBook Pros. And according to Jon Prosser, an outlet MagSafe 3 is well planned for the MacBook Air 2022, but limited to a power of 30W. This would be accompanied by two Thunderbolt 4 fast USB-C ports for connecting accessories requiring high speeds (external SSD, monitor, etc.) and for compatible peripherals. A 3.5mm jack port for wired audio is also provided.

The MacBook Air would on the other hand be deprived of several connections compared to the MacBook Pro since it would be necessary to make a cross on SD card slot and HDMI port. Apple would consider that these elements are especially useful for users targeted by the Pro model of the laptop, and that if necessary there is still the possibility of using an adapter via one of the USB-C ports. In addition, their integration would complicate the finesse design desired for the Air range.

As telecommuting and the use of video conferencing have grown significantly over the past two years, Apple is expected to adapt and finally include a front-facing camera. 1080p quality on its MacBook Air, the latest models of which are content with a 720p webcam which offers a mediocre experience. We also see on the latest MacBook Pros that the combination between a 1080p webcam and the image processing capacity of the new ARM chips can work wonders.