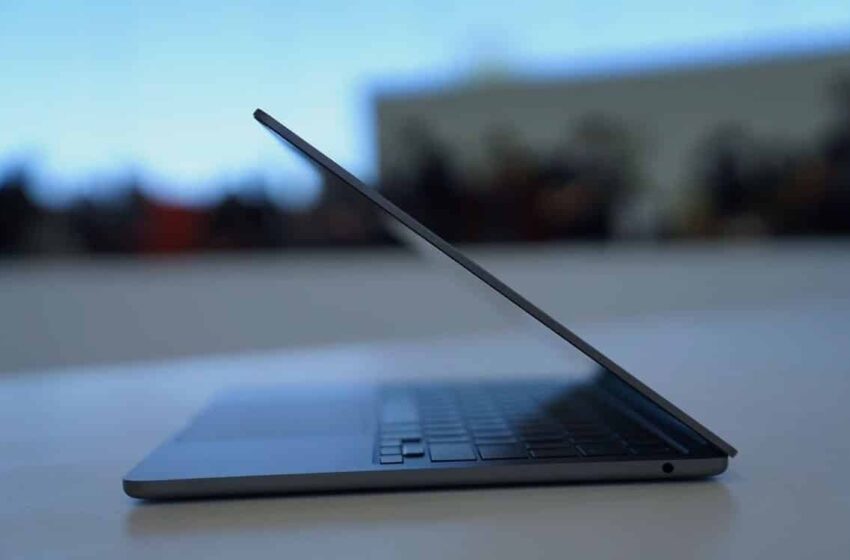 Macbook Air M2: a YouTuber has found a solution to fix the device’s overheating problems

Apple’s brand new Macbook Air M2 does not come with a fan. It may therefore be that it suffers from significant overheating problems, in particular because of the heat. A YouTuber has found an inexpensive solution to the problem.

If you are the proud owner of the last Macbook Air M2 and you currently reside in France, your new device may suffers from some overheating issues. Especially with the scorching temperatures and the furnace currently crossing the whole of French territory. Also, unlike the MacBook Pro M2, the MacBook Air M2 has no cooling fan and the latter relies only on a heatsink to dissipate the heat.

Unfortunately, this cooling system is put under tremendous strain to bring down the temperature and it can be much worse if the MacBook owner is in a very hot and humid climate. The temperatures of the device can thus rise very dangerously and reach more than 100 degrees in a handful of seconds. Fortunately, a YouTuber has revealed on his YouTube channel an ingenious solution to alleviate the problem.

Read also: How to prevent your smartphone from overheating during the heat wave

The Max Tech YouTube channel indeed offers a solution to reduce this overheating. This requires being a little handyman and daring to tamper with the guts of the device. The proposed solution is inexpensive and consists of buy a thermal pad to then place it in the innards of the MacBook. The YouTuber reveals the whole process in the video that you can find below.

Concretely, in an attempt to mitigate the high temperature of the MacBook and to improve the cooling system, the YouTuber acts in this way and on the following points.

This will not drastically reduce the temperature of the device, but the YouTuber managed to bring the temperature down a few degrees in this way. The thermal pad in question is available for just over 10 euros on Amazon.

Read also: Switch, Nintendo advises not to play during a heat wave