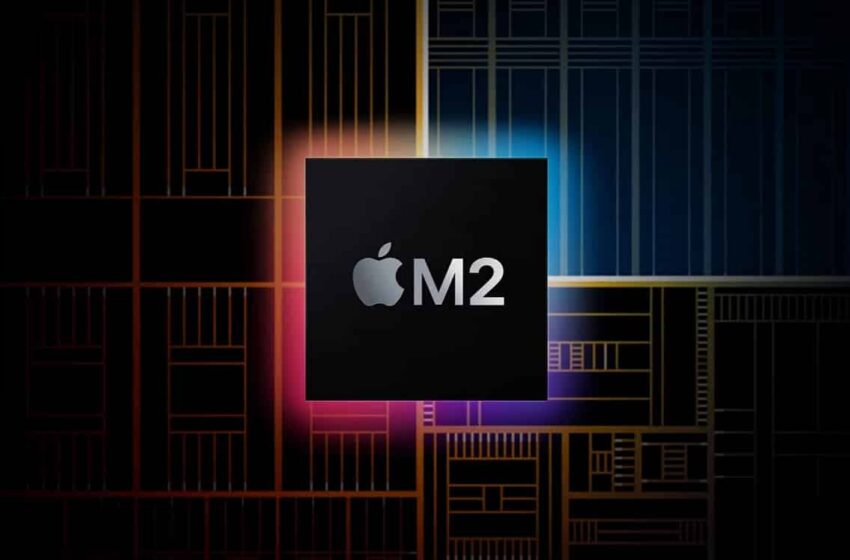 It looks like Apple’s new M2 chip powering the recent 2022 MacBook Air and MacBook Pro offers higher performance than most of the AMD Ryzen chips in play.

While the first benchmarks of the M2 processor in the new MacBooks have already shown that it can be up to 45% more powerful than the M1, it turns out that its graphics performance is even more impressive, since the chip has proven to be be more powerful than some in-game AMD Ryzen processors.

Indeed, according to the benchmarks of the youtubeur HardwareUnboxed, who has already been able to test the Apple M2 on the new MacBook Pro, the chip offers quite impressive performance in gaming, while consuming less energy. Only one game has been tested, but it still gives a glimpse of what the flea has in its stomach.

The Apple M2 is faster than AMD Ryzen in-game

The Youtuber put the M2 and the AMD Ryzen 7 6800U, equipped with the RDNA 2 iGPU, to the test in Shadow of the Tomb Raider. The M2 outperformed its competitor by 10% at the highest graphics settings at 1920 x 1200 resolution. It averaged 28 fps, while the Ryzen 7 only went up to 25 fps. At low and medium graphics settings, the results remained consistent.

The most impressive thing is that Apple’s chip managed to overtake AMD’s by consuming only 18W, against 25 W for the Ryzen. This will result in drastically increasing the autonomy of MacBooks compared to Windows PCs.

As for the other tests, we can note that in Blender, the M2 takes a slight lead over the Intel Core i7-1260P Alder Lake chip, but loses against the Ryzen 7 6800U. Apple’s M2 dominates in Adobe Premiere Pro and even manages to beat some high-end 45W chips, which may be due to Apple specific optimization in the app. This is seen in GPU rendering applications such as Topaz Labs AI where the M2 SOC’s iGPU delivers impressive results.

However, Apple’s chip does less well than its competitors in Matlab or in Cinebench R23 in multicore. You will soon be able to test the new M2 SoC for yourself, since pre-orders for the MacBook Air open today.