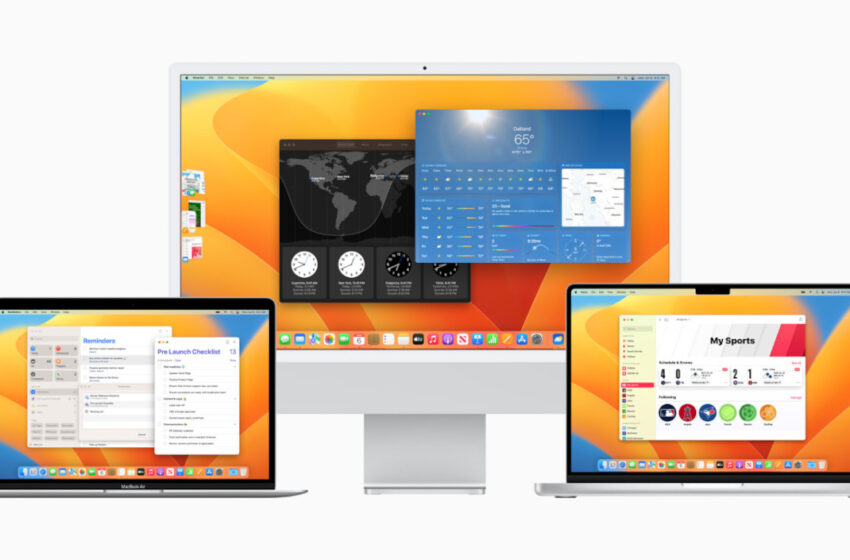 MacOS Ventura: here are the new features of the new MacBook OS

Like every year, WWDC is the unmissable event to learn all about the next new releases in Apple’s operating systems. Especially since tonight was the opening keynote of the conference. You can read in our columns a presentation of the new features of iOS 16, with some focus on the Carplay system for cars and on Apple Maps. But another system monopolized a lot of time during this presentation: MacOS.

The new version of MacOS was well presented this evening. Her name is Ventura. She will succeed Monterey. And it will be available this fall, along with new versions of iOS, iPadOS and watchOS. Be aware, however, that a beta version for developers is posted today by Apple and that another beta, public this time, will be deployed in July. If you feel like an adventurer, you can try these new features before everyone else.

Stage Manager is the main novelty of MacOS Ventura

What exactly are these novelties? There are two types of improvements made by Ventura. On the one hand those concerning the operating system and the ecosystem. And on the other hand those intended for pre-installed applications, such as Safari. Let’s start with the first category. Among all those that have been unveiled this evening, we will retain two. Internship Manager and Continuity. 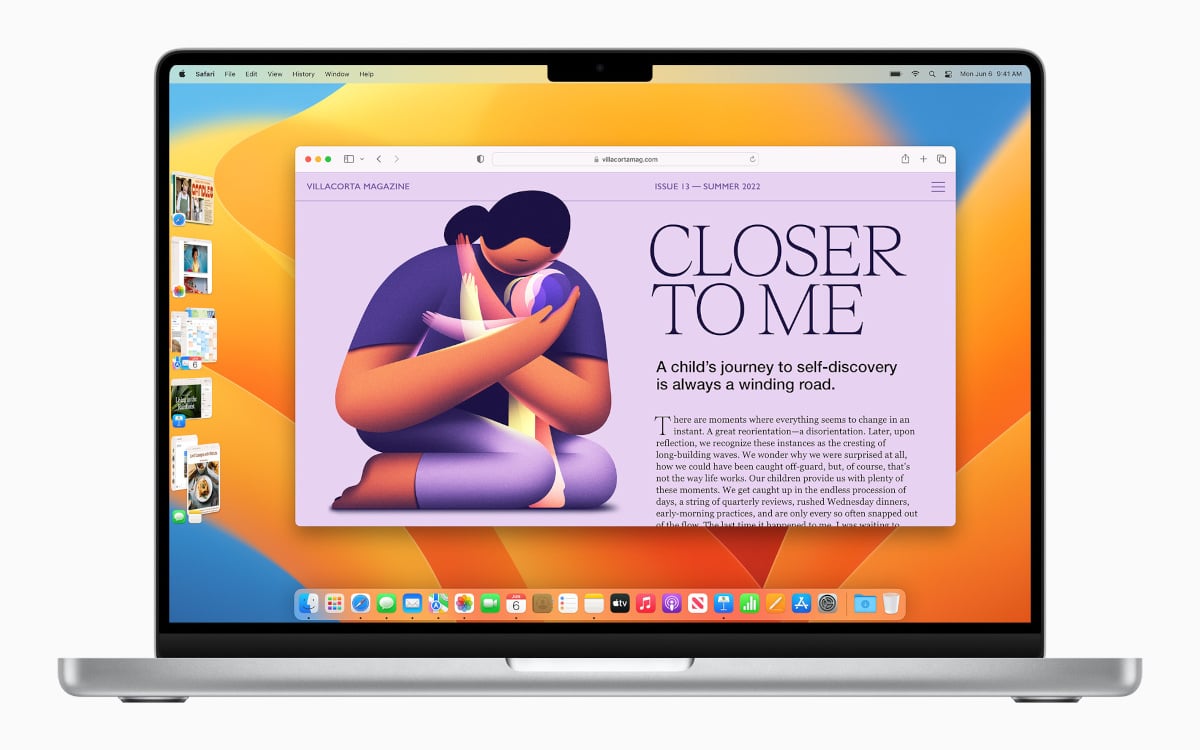 Internship Manager is a new set of visual elements that will appear on the left side of the screen. Each visual element is a preview of an open window, or set of windows. The idea is to improve the transition from one application to another. And therefore speed up tasks that involve multiple windows. You will therefore have less need to use “option + tab”. Of course, you will be able to use Stage Manager to pass elements from one application to another: paste a photo to a montage, for example, or transfer files, etc.

Apple further improves Continuity and the interaction between iPhone and Mac

Continuity is not really new. It’s an interaction system between Mac, iPhone and iPad that has existed for many years and has often been copied by Google, Microsoft, Samsung or Huawei, without ever really reaching the same level of integration. With Ventura, Apple further refines Continuity by making it possible to transfer a Facetime call from one device to another. Also, thanks to Continuity, the iPhone can become a webcam for the Mac. We have dedicated an article to this subject. 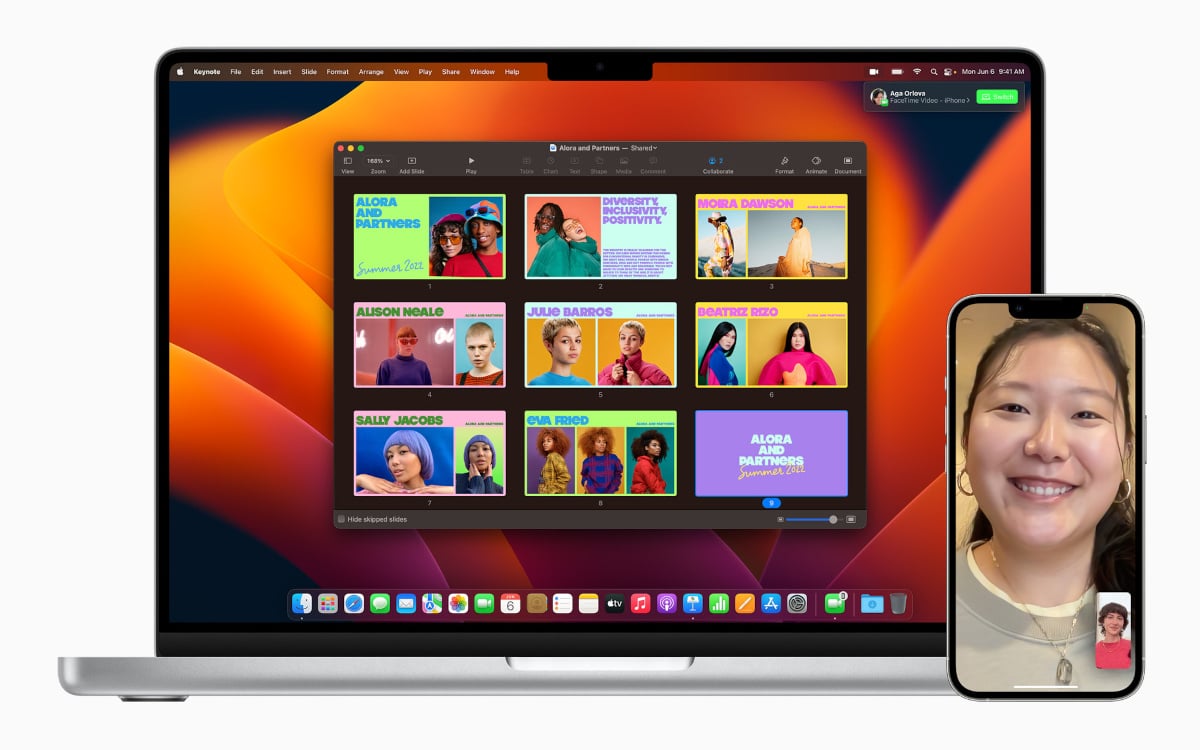 Second category: new applications. Let’s start with Email, the email management software. The latter is largely inspired by Gmail to integrate new modern services: automatic detection of a missing attachment, stop sending a message after clicking on “send”, new global search engine, response suggestion to ignored emails, etc. The app Posts on Mac benefits from the same improvements as on iOS. We refer you to the dedicated article.

With Safari, you no longer need passwords for websites

Safari, which recently became the second web browser by number of users, is also improving. Emphasis has been placed on collaborative work, with shared tabs (Tab Groups), and on safety, with PassKeys. This system wants to replace password systems with a biometric ID (using Touch ID or Face ID). It remains to be seen how this materializes with sites that use passwords… spotlight also benefits from an update, in particular on the search for images. It is now possible to find photos with the MacOS global search engine from location, people, objects and even from the text included in the image. Finally, the result of searches on public figures has been improved. 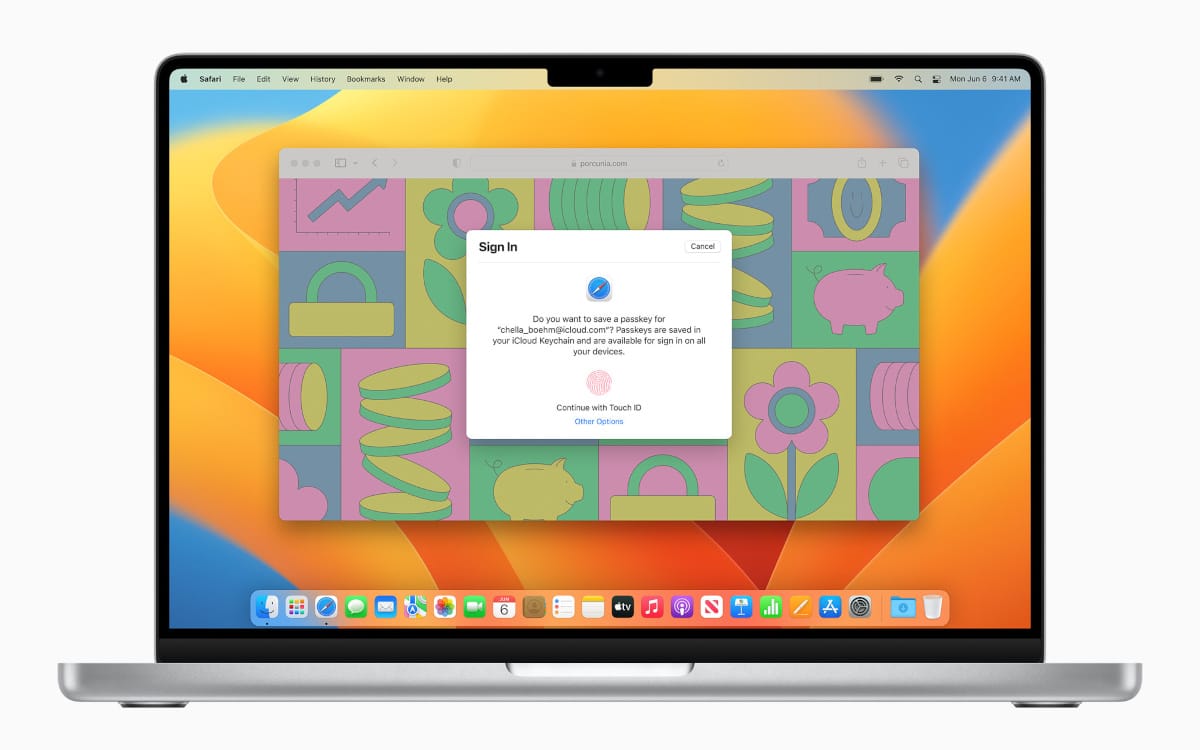