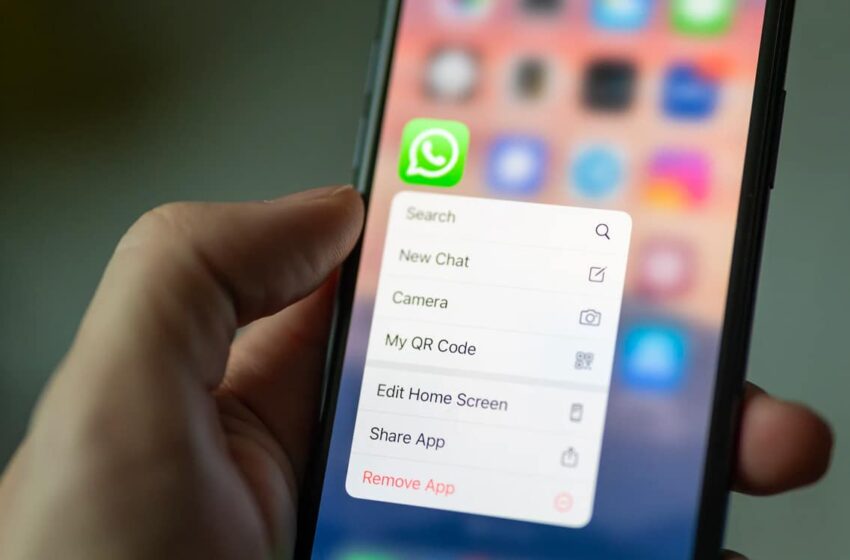 Mark Zuckerberg decided to pay for iMessage this Tuesday, October 18, 2022. Via a publication on Facebook, the CEO of Meta assured that WhatsApp is “much more private and secure” than Apple’s instant messaging. A small peak well felt towards its main competitor.

In order to maintain a certain spirit of competition, the brands regularly send small peaks to show off and remind the public which offers the most secure, cheapest, most accessible service, etc.

In the field of instant messaging, Meta, Apple and Google regularly seek crosses. In January 2022, Google for example accused Apple of intimidating Android users with iMessage. In the eyes of the firm, Apple purposely does not launch iMessage on Android to encourage users to switch to iPhone.

Mark Zuckerberg tackles iMessage on the security of its exchanges

But this time, the tackle of the day comes to us from Mark Zuckerberg. In a post on Instagram and Facebook, the boss of Meta shared the photo of an advertising poster installed in New York which directly targets the security offered by iMessage. And here is what the billionaire said by way of description:

“WhatsApp is more private and secure than iMessage with end-to-end encryption that works on both iPhone and Android, including group chats. With WhatsApp, you can also make all new chats disappear with just the press of a button. And last year we also introduced end-to-end encrypted backups. iMessage doesn’t have all that yet,” he writes.

Also read: Google Messages will get a makeover and will have nothing to envy to WhatsApp 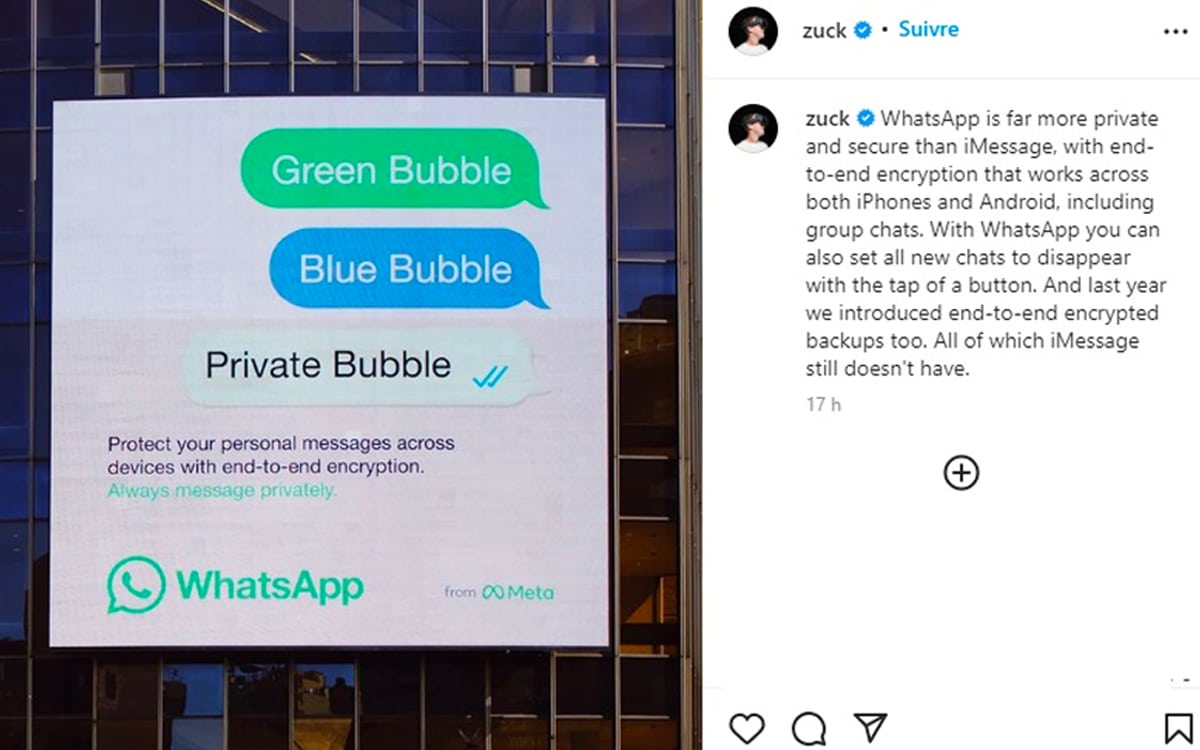 Obviously, it is fair game for Mark Zuckerberg to defend his parish, namely WhatsApp, while denigrating one of its main competitors. But basically, is he right? It’s true that iMessage’s source code and encryption protocol aren’t open, unlike Signal’s.

Furthermore, it should be added that iCloud backups of iMessage exchanges can be retrieved and viewed by law enforcement. For good reason, Apple keeps the decryption keys on its servers. Finally, it should be remembered that iMessage offers encrypted exchanges only between users with an iPhone. In fact, conversations between iMessage users with contacts equipped with an Android smartphone are not end-to-end encrypted.

However, Mark Zuckerberg forgot to sweep outside his door before criticizing iMessage. In November 2021, an FBI report proved WhatsApp to be the app that provides the most real-time information about a user and their activities. On presentation of a mandate, the authorities can obtain the content of the message, the address book without forgetting many metadata such as the date of sending of the message and the recipients.