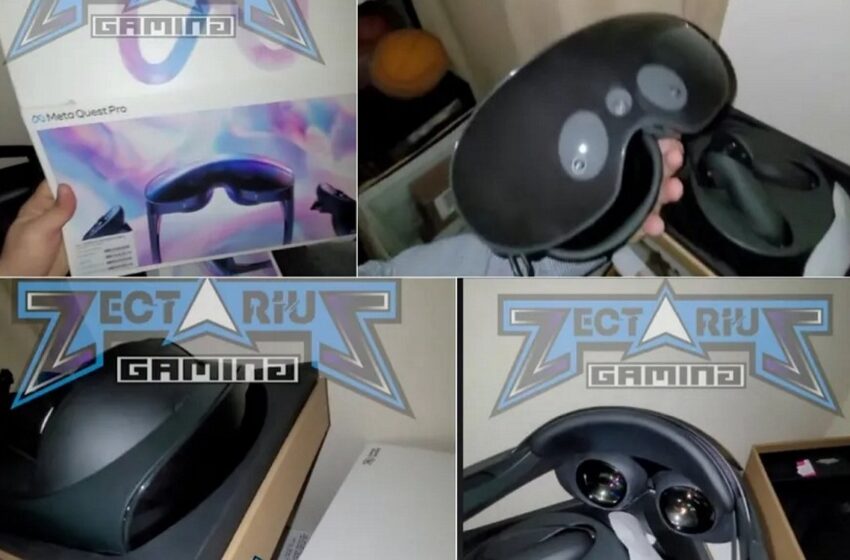 Meta Quest Pro: the new VR headset is revealed on video before its launch on October 11, 2022

With Meta’s ninth XR Connect conference scheduled to take place next month, the company’s new high-end headset has already been unveiled on video ahead of its official launch. Here is what it looks like.

The Meta Quest Pro will therefore be the next high-end virtual reality headset of Mark Zuckerberg’s company, as a video on Facebook has just revealed. It’s not uncommon to see upcoming devices from different manufacturers being unveiled before their official presentation, but not all of them are fully unboxed ahead of launch.

A hotel employee says he found a copy of the headset, and did not hesitate to open the box of the device before the Meta conference. The employee, Ramiro Cardenas, posted several images of the VR headset on Facebook. The box is marked “Not for sale, prototype”, and this confirms that we are indeed dealing with a Meta Quest Pro with 256 GB of storage.

The Meta Quest Pro will be officially presented on October 11

In his video, Ramiro Cardenas therefore gives us a first glimpse of the contents of the box. In this one, we obviously find the Meta Quest Pro, previously known under its codename Project Cambriaas well as two black controllers with a new design ditching the hollow loop that houses the sensors for something sturdier.

For its part, the helmet is equipped with three cameras on its front side, and adopts a completely different design from the current Meta Quest 2. According to Ramiro Cardenas, the person who forgot the helmet in his hotel room would have returned to claim the device, but unfortunately for him, the images of the prototype had already been posted on the web.

Anyway, we should know more soon, since Meta should officially lift the veil on the device on the occasion ofan event to be held on October 11. In terms of price, it is to be expected that the Quest Pro will be displayed at more than 800 euros, far from the Quest 2.