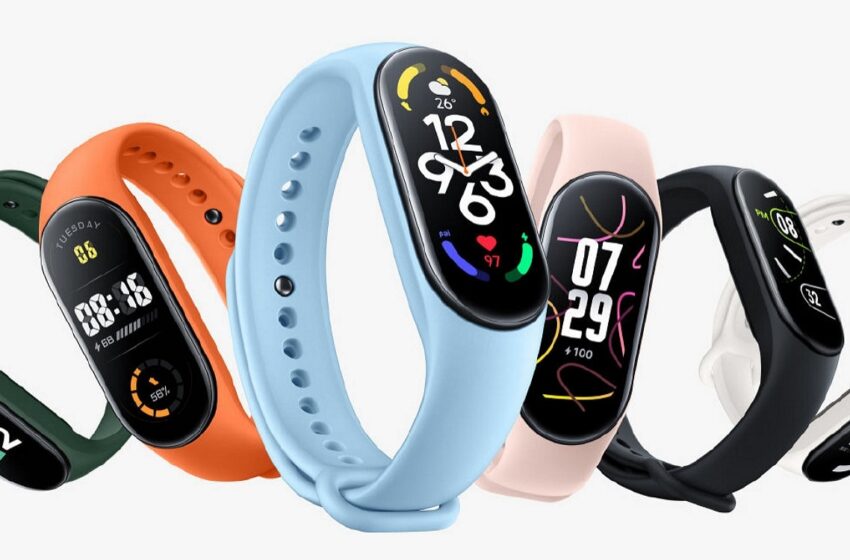 Xiaomi will unveil another connected bracelet in July 2022, the Mi Band 7 Pro. According to information that appeared online, this accessory would be larger and offer better autonomy. It would be announced at the same time as the Xiaomi 12 Ultra.

A few days ago, Xiaomi unveiled the Mi Band 7, a new connected bracelet, during a conference in China. The accessory stands out thanks to a larger 1.63-inch screen with a definition of 192 x 490 pixels (25% larger than that of the Mi Band 6), an Always-On Display mode, a 14-day battery life and 120 sports tracking modes including walking, running, cycling.

According to information that appeared on Sina Weibo, the Chinese social network, Xiaomi is now planning to launch a Mi Band 7 Pro. This is particularly the opinion of Ankit, an informant who also officiates on Twitter. Note that the bracelet was also mentioned in the Mi Door Lock application, the companion app for the Chinese brand’s connected lock. This leak confirms the existence of a Pro version of the accessory. Xiaomi quickly removed mention of the app to avoid leaking its plans.

On the same theme: The Xiaomi 12S is revealed in images with a Leica logo before its launch this summer

Xiaomi is about to launch a Mi 7 Band Pro, what to expect?

Also on Weibo, leakers have assured that Xiaomi plans to announce the Mi Band 7 Pro during the official presentation of the Xiaomi 12 Ultra, its next high-end phone. As announced by the brand, the announcement is scheduled for July 2022. The smartphone is doing well thanks to Xiaomi’s partnership with Leica. The flagship will use a new nearly 1-inch main sensor from Sony, the IMX989

For the moment, the technical sheet of the connected bracelet remains a great mystery. Some leakers expect the Mi Band 7 Pro to be close to the Redmi Band on certain points. Leaks predict a larger battery, which is now around 250 mAh, and an even more spacious touch screen. We tell you more as soon as possible about the next bracelet from the Chinese firm. In the meantime, we are waiting for your opinion on the Mi Band 7 Pro in the comments.