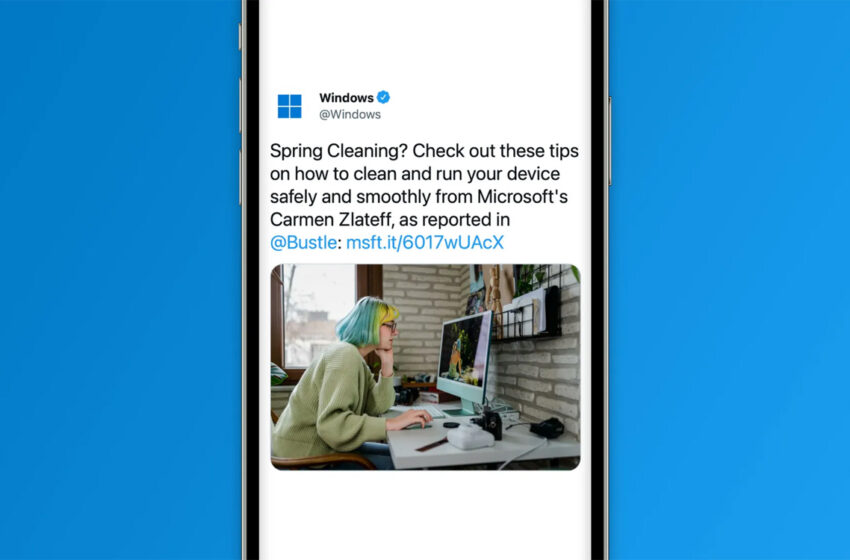 Microsoft mistakenly advertises the iMac M1 in a tweet

On Twitter, Microsoft decided to give some tips to users to clean and optimize the performance of their Windows PC. Problem, the Community manager of the Redmond company has made a small ball: use the image of a person working on an iMac M1 rather than a Windows PC. Unsurprisingly, mockery quickly flooded the web and Microsoft deleted the famous tweet in stride.

While Windows 11 is experiencing a slowdown in its adoption rate, Microsoft has decided in this spring period to give some tips for users to clean and optimize the performance of their Windows PC. “Spring cleaning ? Check out these tips from Microsoft’s Carmen Zlateff on how to clean and keep your device running safely and trouble-free.” could we read in the tweet of the Redmond firm.

Until then, nothing surprising you will tell me. Only, of Internet users have focused their attention on the image used by Microsoft to illustrate this publication. And obviously, the author of the tweet must not have really paid attention to the image he intended to exploit. For good reason, instead of seeing a user on a Windows PC, the person in question is actually working on an Apple iMac M1, the firm’s first desktop computer powered by the Apple Silicone SoC and presented at from the April 2021 Keynote.

Of course, this would not be a problem depending on the Mac model, since theIntel Macs can run Windows through Boot Camp. Only, it is indeed an iMac M1, a computer that cannot run Windows natively. Unsurprisingly, the mockery of Internet users quickly occupied the reactions to the tweet. Faced with the emerging “bad” buzz, Microsoft chose to delete the tweet hours after it was posted.

As a reminder, this is not the first time that brands have unwittingly advertised a competing product. We remember, for example, Samsung in 2018 which had promoted the Galaxy Note 9…. from an iPhone. Indeed, we could see that the tweet in question had been sent from an iPhone. Here again, Samsung had deleted the publication after a wave of mockery on the social network.