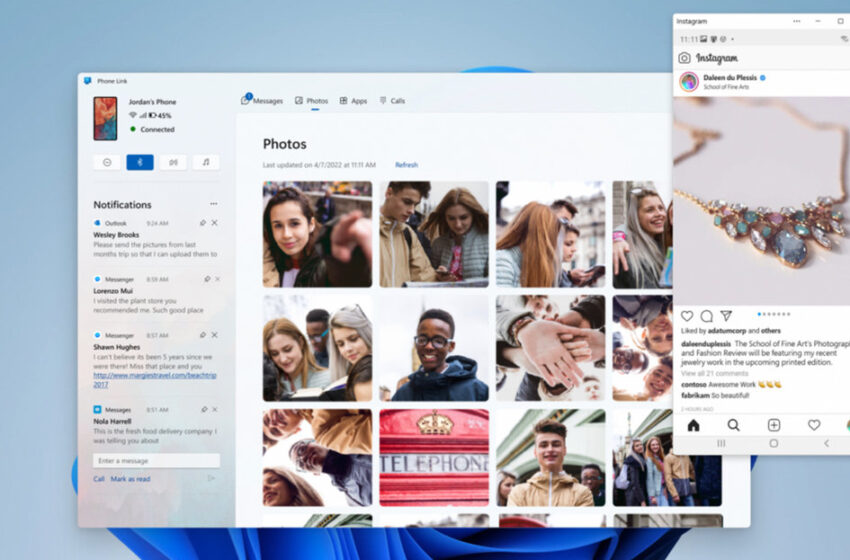 (Pocket-lint) – Microsoft Windows has the ability to connect to your phone to make calls, show notifications and access your photos.

The feature was added to Windows 10 over three years ago as an app called Your phone and is now integrated into the Windows 11 setup process.

Microsoft has announced that the Your Phone app will be rebranded as Phone Link and promises to bring your Android phone and PC even closer.

Along with the rebranding, Microsoft is introducing a whole new interface with tabbed navigation, which keeps your notifications visible at all times.

Its design has also been improved and is now more in line with the rest of the Windows 11 experience, with new icons, artwork and color palette changes.

Microsoft claims to have made significant improvements to the setup process, which is very welcome as it seems a bit complicated at present, requiring users to enter web addresses into their browser. The new process should allow setup “with the ease of scanning a QR code”.

The Your Phone Companion Android app will also be renamed, now going by Link to Windows and sharing the same icon as the desktop app.

Finally, Microsoft claims to have worked closely with Samsung and Surface Duo for deeper integration with Phone Link.

With these devices, you will be able to launch apps that were recently running on your phone and continue to use them on the PC.

If you’re willing to try it out for yourself, you can do so here.