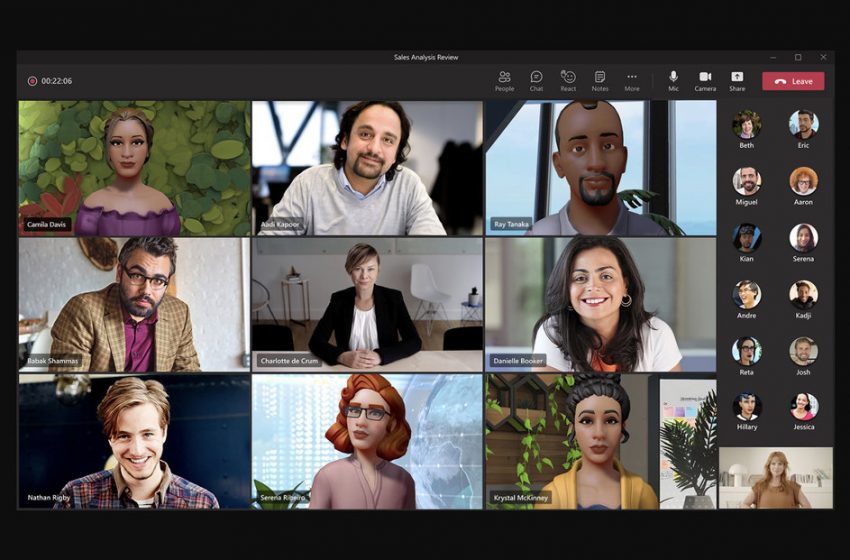 (Pocket-lint) – Days after Facebook announced its version of a metaverse, Microsoft announced that it was building a metaverse in Teams, complete with virtual spaces and animated avatars.

A metaverse is essentially a digital world filled with digital twins of people, places, and things. It is a version of the Internet where people’s avatars can virtually come together to communicate, collaborate and share on any device. Microsoft’s Metaverse Environment for Teams uses the “Mesh” platform. Everything is designed to take advantage of Microsoft’s mixed reality efforts and HoloLens technology so that anyone can make video calls in virtual spaces using animated avatars.

At Ignite 2021, Microsoft made Mesh the future of teams.

In fact, starting in 2022, Teams will help reduce all-day video call fatigue. Microsoft envisioned virtual spaces within Teams, where you can work on projects or even play games using Microsoft apps, but with animated avatars. This way you can participate without having to turn on your webcam when you don’t want to. Microsoft said it even uses artificial intelligence to detect your voice cues and animate your avatar.

Interestingly, you shouldn’t need a VR headset to view and use avatars in Teams.

While obviously optimized for use with a VR headset or AR headset, avatars in Teams are supposed to work in both regular 2D and 3D meetings. Basically, due to Microsoft Mesh, virtual spaces and animated avatars in Teams should be accessible from multiple types of devices.