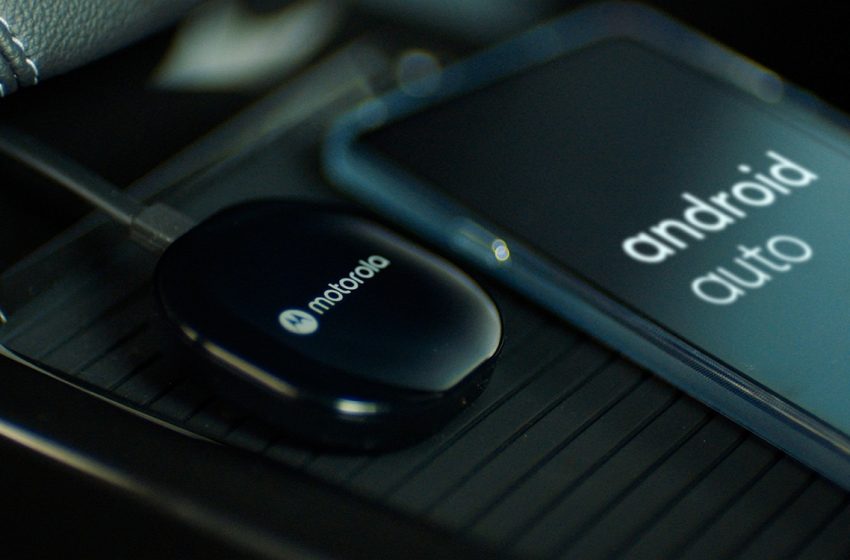 Motorola MA1: this adapter will allow you to enjoy Android Auto wirelessly in the car

If you have an Android Auto compatible car and are tired of wires, the Motorola Android Auto MA1 is just what you need. It converts any car’s wired Android Auto system to a wireless system.

While most Android phones already support the Android Auto wireless experience, some cars that are already a few years old still rely on wired connections. Some road users must therefore always plug in their smartphone if they want to access their applications from the screen of their car, which is not always very practical.

This is where comes in Motorola’s new dongle, the MA1, since this adds wireless support to your car. So just plug this adapter into your car’s USB port to have wireless access to Android Auto by connecting your smartphone using Bluetooth. You will have the same functionality as if you had access to Android Auto wirelessly built into your vehicle, but without having to buy a new car.

To read also – HarmonyOS Smart Cockpit: Huawei wants to compete with Android Auto with its own car OS

Motorola device uses Bluetooth 5.0 and supports 5 GHz Wi-Fi. According to the company, it weighs just 31 grams. Once plugged into your car’s USB port, it will therefore go almost unnoticed. The Motorola MA1 adapter should work with most existing vehicles, but the manufacturer still specifies that Mitsubishi vehicles are currently not supported.

Owners of Samsung Galaxy S21 smartphones may well experience some issues using the adapter, since these devices currently suffer from a bug that slows down the Android Auto experience. The Google Maps app could also have trouble functioning properly, a bug crashes it every 5 minutes.

The Motorola MA1 is priced at 89.95 dollars and will be available for sale on January 28, 2022 in the United States.. For now, we do not know if the adapter will arrive in France, but we imagine that the manufacturer was to offer it in other countries in the following weeks.