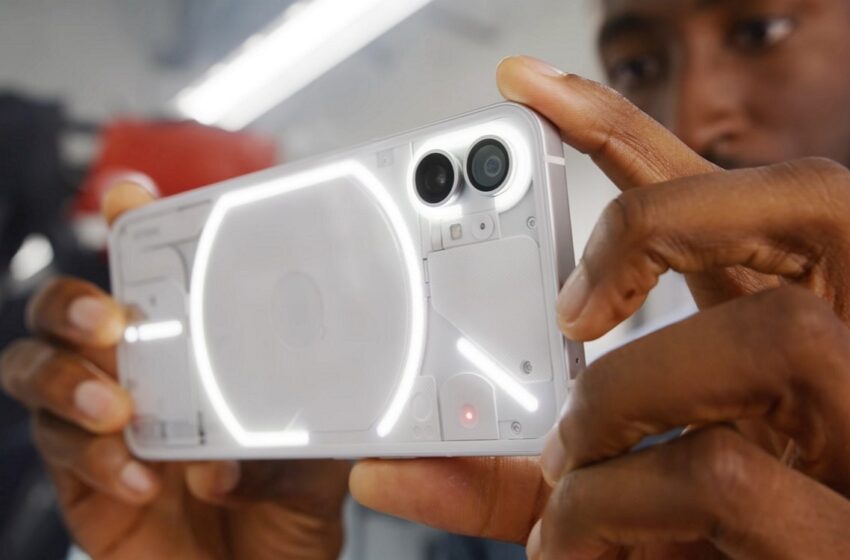 Nothing Phone 1: the processor unveiled in a 1st benchmark, we did not expect that

The Nothing Phone 1 will be launched in just a few weeks, and before its arrival on the market, we already know which processor will use the smartphone. The Geekbench benchmark revealed everything about its performance.

While it had been several weeks since some reports indicated that the Nothing Phone (1) would be a mid-range smartphone, we now know for sure that the device will not carry a latest generation chip from Qualcomm. Leaker Mukul Sharma shared screenshots of the first pass of the smartphone on the Geekbench benchmark on social networks.

According to the information collected by the benchmark, the Nothing Phone (1), named by its model number “Nothing A063” obtained a score on a heart of 797 pointsand a score of 2803 points on all his hearts. We also learn that the smartphone is equipped with 8 GB RAMand will ship with the latest operating system from Google, Android 12.

Also read – Nothing Phone 1: the first grip reveals everything about the LED system

The Nothing Phone 1 uses an old processor from Qualcomm

Contrary to what we could expect, the first smartphone from the English manufacturer will not use a latest generation processor. Despite its “partnership with Qualcomm”, Nothing obviously preferred to opt for a Snapdragon 778G+ processor rather than the latest Snapdragon 7 Gen 1 chip of the founder.

Indeed, the benchmark reveals that the processor has an 8-core CPU configuration with a Cortex-A78 main core clocked at 2.5 GHz, three Cortex-A78 cores at 2.2 GHz and 4 Cortex-A55 thrifty cores at 1, 9GHz. The GPU part is provided by an Adreno 642L. It could be supported by DDR5 RAM memory.

Nothing will therefore have to settle for a processor engraved in 6 nm by TSMC and technologies that date back to last year. Nevertheless, although the performances will not live up to the expectations of all fans, this choice will probably contribute to bring down the price of the smartphonewhich might be good news for some.

Anyway, we will know more during the official presentation of the smartphone on July 12. In a new video, the English manufacturer has already confirmed that the device will use a OLED screen with a refresh rate of 120 Hz, like high-end smartphones. It will also take have an invitation if you want to buy itas was already the case with the first smartphone from OnePlus.