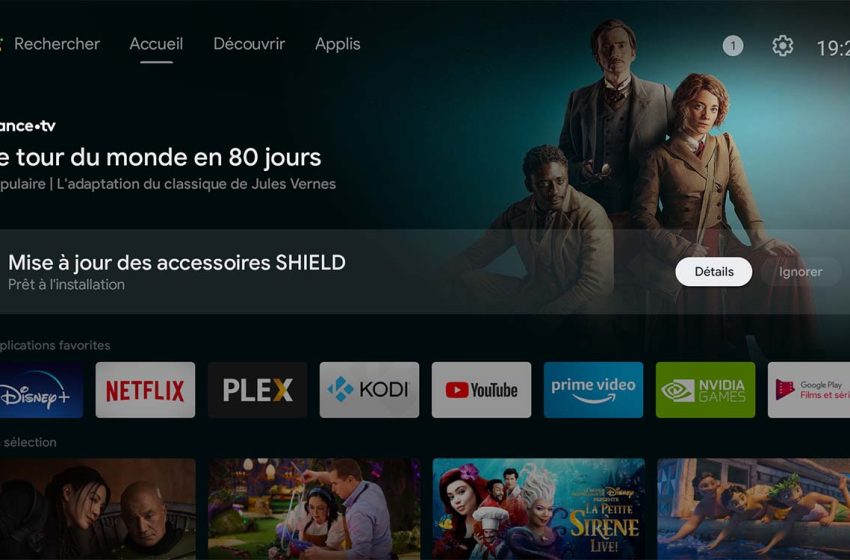 As suggested by previous rumors, Nvidia does intend to make its Nvidia Shield TV boxes under Android 11. Moreover, the deployment of the update has already started on all models, including the one launched in 2015. .

As you may know, the Nvidia Shield TV, one of the most successful and popular Android TV boxes on the market, hasn’t migrated to a new Android version for several years now. Since the switch to Android 9 in summer 2019, an update to a more recent version of the Google OS is still awaited by users.

In August 2021, Nvidia finally comes out of silence, but its statement does not really enchant the owners of the TV box. Indeed, the manufacturer announces that it prefers to ignore Android 10, which has its eyes, does not bring enough new features compared to the previous version. What are the company’s plans then? Maybe a migration to Android 12 directly, the latest version of the Mountain View firm’s operating system?

The vagueness remains, until rumors evoke a switch to Android 11. For once, these rumors were right. As officially announced by Nvidia this Wednesday, January 12, 2022, theNvidia Shield TV to receive Shield Software Experience Upgrade 9.0 update, which notably adds Android 11 and many new features.

As the manufacturer specifies, the deployment of the patch has already started (we were able to download it), and all generations of Nvidia Shield will be able to benefit from it, even the first models launched in 2015. In addition to the update to Android 11, the latest Shield software therefore brings some new features.

First, Nvidia decided to opt for Google’s Gboard keyboard for entering text by default, which greatly facilitates the use of the Google Assistant during your searches. In addition, the boxes are now compatible with aptX compatible bluetooth headsets. Let’s list together the different additions of this update:

Note that subscribers to the premium GeForce Now plan (the RTX 3080 subscription billed at € 99.99 for six months) will be able to benefit from steaming in 4K HDR on their Nvidia Shield TV box. All with “ultra-immersive sound reproduction in 7.1 ″. In addition, Founder and Priority members have early access to pre-orders on the GeForce Now portal.