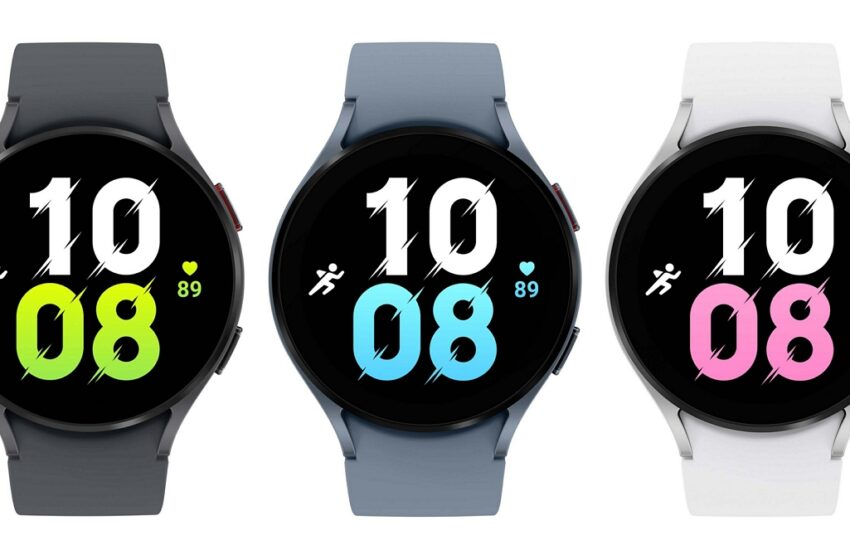 After several months of leaks, the Galaxy Watch 5 and Watch 5 pro are finally officially revealed to the general public. The major improvements concern above all the autonomy of connected watches, which can now reach up to 80 hours of use. Sleep monitoring has been optimized to obtain even more precise data.

After several days of teasing – and several months of leaks – Samsung finally held its traditional Unpacked summer conference this Wednesday, August 10. The stars of the event were of course the Galaxy Z Fold 4 and Galaxy Z Flip 4, the foldable smartphones that also came with the highly anticipated Galaxy Buds 2 Pro. But the manufacturer did not stop there since we were also able to have an official preview of the new Galaxy Watch 5.

Again, there was no shortage of leaks concerning the new generation of connected watches. In fact, Samsung therefore had a hard time teaching us something new, even if the conference still brought us some very interesting details. Starting with autonomy, which is certainly the high point of the improvements made to these Galaxy Watch 5.

Indeed, thanks to its battery of 590mAh, the Pro model can boast of offering a record autonomy of 80 hours maximum, although Samsung actually details a fairly wide range starting at 20 hours. The standard model, meanwhile, can reach 50 hours of battery life on a single charge, compared to 40 hours for the previous generation.

Of course, the Galaxy Watch 5 are also more powerful than their predecessors: up to 27% faster according to Samsung, despite the same Exynos W920 chip. Their resistance has also been increased by 60%. The sleep tracking features have also had a small optimization, this time offering 4 different modes: awake, REM sleep, deep sleep and light sleep.

The Pro model, for its part, incorporates atrackback functionality which allows you to follow your route during training in order to return to your starting point. Finally, the big novelty of this generation is the presence of a thermometer which would diagnose several diseases in the user. The Galaxy Watches will be available in two versions 40 mm 45 mm, from 300 €.