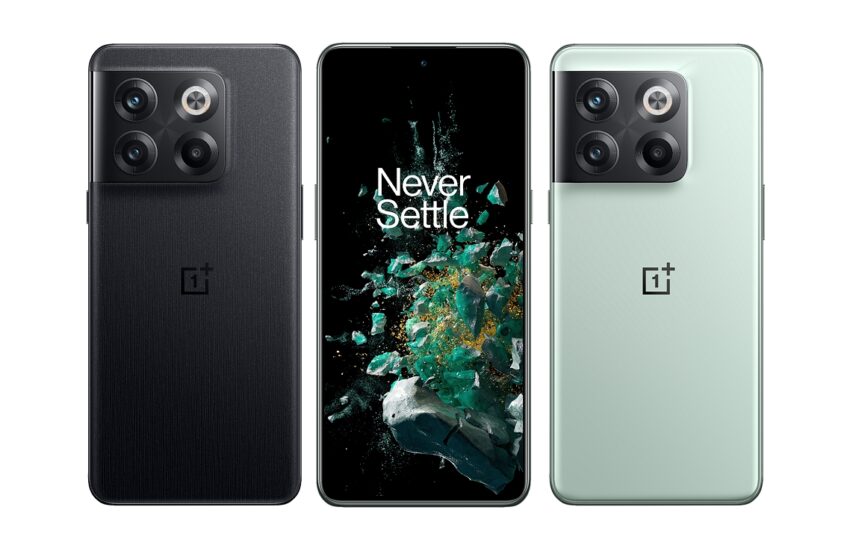 OnePlus officially launches its new OnePlus 10T, a high-end smartphone that uses the latest high-powered chip from Qualcomm, but above all offers the fastest charging to date in France.

While the OnePlus 10 Pro has so far been all alone in the high-end segment for the Chinese manufacturer in 2022, the latter has finally just launch this Wednesday, August 3 a new device, the OnePlus 10T. As every time OnePlus launches a Model T, the latter is not a direct successor to the previous Pro model, but rather a version that focuses on performance.

The OnePlus 10T is powered by the new Qualcomm Snapdragon 8+ Gen 1a more powerful chip than the Snapdragon 8 Gen 1 of the OnePlus 10 Pro, but which above all improves the energy efficiency of the smartphone thanks to its engraving signed TSMC. As the manufacturer had already confirmed, it is supported by up to 16 GB of RAM, a first for OnePlus. With so much RAM, the company promises that the device will be able to handle more than 35 applications open at once.

The big novelty of the OnePlus 10T is its 4800mAh battery compatible with the 150W SUPERVOOC fast charging. We had never seen such maximum power in France. OnePlus promises that fast charging will allow the smartphone to go from 1 to 100% battery in just 19 minutes. This is therefore more than the Xiaomi 11T Pro and its 17 minutes at 120 W, although this one is nevertheless equipped with a larger 5000 mAh battery.

To protect its battery, OnePlus has implemented the function Battery Health Engine, which will be charged to prolong cell life and preserve battery capacity. In China, on its counterpart OnePlus Ace Pro, the manufacturer promises that the battery will retain at least 80% of its capacity after 4 years, i.e. a lifespan exceeding market standards.

The battery should power a 6.7-inch FHD+ AMOLED flat screen with 120Hz refresh rate. The smartphone can also count on 15 antennas for an optimal network grip, and will have to do without the alert cursor, which was however found on all OnePlus smartphones in this range.

The photo part is worthy of a OnePlus Nord

To maintain an aggressive quality-price ratio, OnePlus has made concessions on the photo part, which is much less interesting than on a OnePlus 10 Pro. Unlike its big brother, the OnePlus 10T does not will not benefit from the same partnership with Hasselblad on the photo part. OnePlus probably prefers to reserve this for its most high-end smartphones, which benefit from more efficient photo sensors.

The device will therefore bet on a three-camera configuration very similar to what is found on the Nord range. Indeed, the OnePlus 10T will use a 50 MP IMX766 main sensora captor 8 MP ultra-wide angle as well as a sensor 2 MP macro. The selfie part is provided by a 16 MP sensor.

You will have to be patient before you can get your hands on the OnePlus 10T, since the manufacturer announces that the smartphone will not be available only from August 25th. However, it will be possible to pre-order from August 11 on Amazon and the official website, before it is marketed at Fnac Darty at the end of the month.

The good news is that OnePlus will indeed include a 160W power adapter in the box, even if the smartphone is limited to 150 W. It will be delivered with OxygenOS 12.1 based on Android 12and will receive three major Android updates and 4 years of security patches. It will soon receive Oxygen OS 13, which was presented at the same conference.