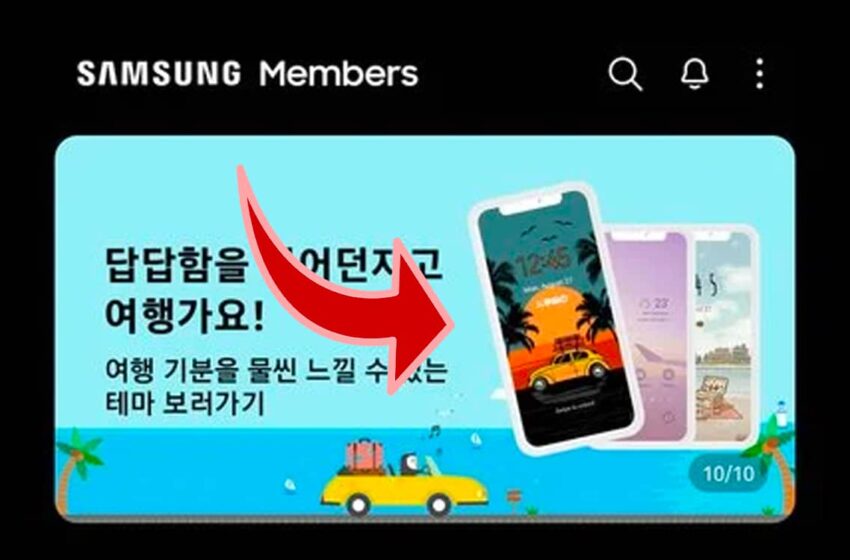 Oops, Samsung advertises iPhones in one of its apps!

In the past, Samsung has repeatedly advertised Apple and the iPhone unintentionally. We have lost count of the number of times the brand has published tweets using an iPhone… This time, a similar problem was committed within Members, the application reserved for the best customers of the Mark.

Thanks to the magic of social networks, it is not uncommon to see of brands unwittingly advertise their main competitors. In this area, Samsung has become a professional. There are countless dumplings committed by the marketing teams of the South Korean firm. We remember, for example, this promotional tweet in favor of the Galaxy A9 published from… an iPhone!

In January 2021, history repeated itself. The day before the Galaxy Unpacked conference dedicated to the Galaxy S21, another promotional tweet was posted from an iPhone, as demonstrated by the Twitter for iPhone mention under the post. And while the tweet was quickly deleted by Samsung US, the internet being what it is, screenshots and mockery were quick to flood the web.

We thought that Samsung had learned the lesson, since no dumplings of this kind have been committed since the official presentation of the S21 at the start of 2021. Obviously, this is not the case. As our colleagues from the SamMobile site report, Samsung has once again advertised Apple’s flagship smartphone… In one of its own applications!

A promotional banner uses an iPhone in the Samsung Members app

Indeed, you may know Samsung Members. This application allows the brand’s customers to take advantage of exclusive content, such as promotional offers for various services (YouTube Premium, Spotify Premium, Audible, etc.), and to benefit from 24/7 technical assistance.

However, a Samsung Members community manager in South Korea posted an in-app banner to promote Galaxy One UI themes of the manufacturer. However, to highlight these themes, the marketing department opted for a unexpected stylized model. Indeed, it suffices to take a quick look to see that the model used is a representation of the iPhone X designiPhone 11 or iPhone 12. We recognize the characteristic notch of these models on the upper part of the screen.

The banner in question has since been removed, and of course, Samsung did not expand on the subject. See you for the next dumpling from the Seoul firm.