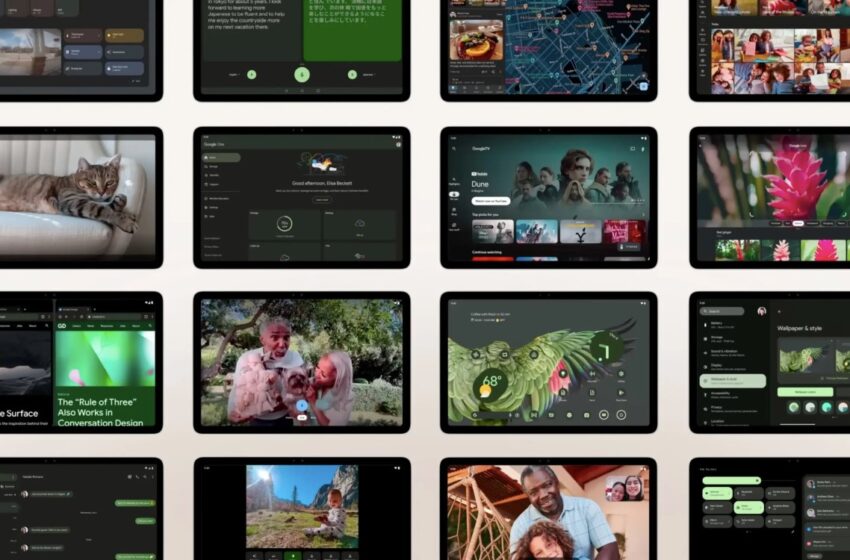 Pixel Tablet: Google reveals in images the interface of its all-purpose tablet

The year 2023 will see the arrival of Google’s long-awaited Pixel Tablet and the no less mysterious Pixel NotePad. The Mountain View firm has slightly unveiled the interface of its future tablet on its blog. We see the Keep application in use, but especially the Android status bar and the application launch dock.

Google is currently very active on the marketing front. The company understood that to ensure the sustainability of Android, it had to sell more devices in the Pixel line. This includes smartphones, connected watches and headphones, the Pixel Buds. The keenest observers will have noted that there is, however, one type of electronic device missing from Google’s catalog: a tablet.

The Pixel Tablet was quickly introduced earlier this month, alongside the Pixel 7 and Pixel 7 Pro which grabbed the spotlight. This is the reason why little is still known about it. In terms of design, it will offer a very sober design with rounded corners, in order to fit easily into all interiors, most likely. In terms of its features, we understood that, through its wireless charging base, it is intended to replace the Nest Hub. It will become the home automation control center.

The Pixel Tablet will not be released until 2023. To quench the growing curiosity of potential customers, Google has unveiled GIFs of its interface as part of the Google Keep application, which looks just like the web version on desktop . We discover that the mobile version of Keep will use the same keyboard shortcuts as the desktop version.

It is difficult at first to understand that we are on a tablet, as the interface is spacious. But the drop-down menus as well as the status bar, or even the dock which houses the icons of Google applications are not misleading: it is indeed the interface of a tablet that we have before our eyes. And as the GIF is taken from the Google blog, we deduce that it must necessarily be a Pixel Tablet screen.

Little is known about the technical specifications of the Pixel Tablet. It’s unclear whether it will be offered in multiple sizes or with a choice of different processors. One of them in any case, will be powered by a Tensor G2 processor, the same one found in the Pixel 7 and Pixel 7 Pro. Its screen will have a resolution of 2560 x 1600 pixels for a diagonal of 11 inches and a storage of 256 GB.