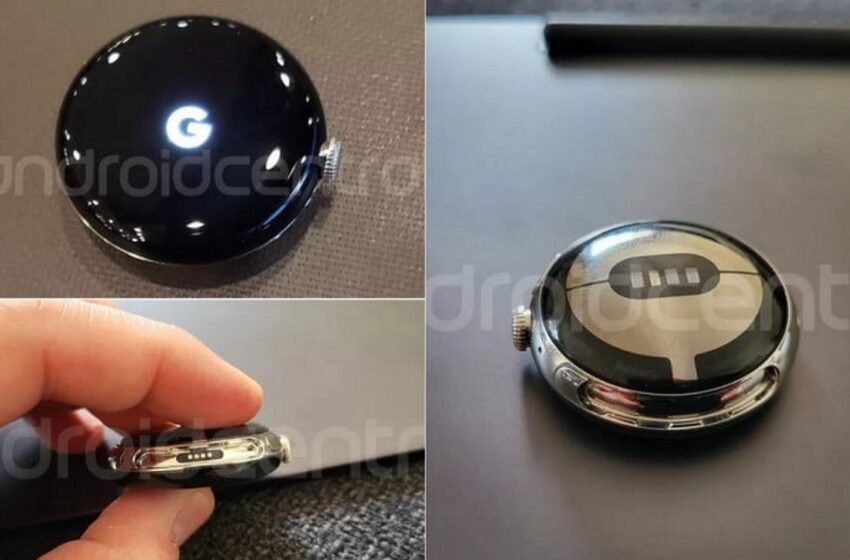 Pixel Watch: a prototype of the Google watch forgotten in a restaurant

Our first look at the Pixel Watch comes under rather peculiar circumstances, as it looks like someone found their prototype lying around in a restaurant and then sent photos to our colleagues at Android Central.

A prototype of the Pixel Watch was found in an American restaurant. As crazy as it may seem, these are the first images of the first connected watch. For those who remember, an iPhone 4 prototype in 2010 was also forgotten in a restaurant.

Based on the images unveiled by Android Central, it seems that all previous leaks were right about the design of Google’s watch. This one sports a very curved screen on all sides that looks a lot like “waterfall” screens adopted by some smartphones from Vivo or Huawei.

The Pixel Watch is revealed in stolen photos

The images also show us thata physical crown sits between two buttons on the side of the watch. The two buttons could be used to turn the watch on or off, return to the home screen, or even as a shortcut to bring up recently used apps. For its part, the small hole next to the crown could be a microphone for Google Assistant, a feature still missing from the Galaxy Watch 4.

On the back of the device, you can see an optical heart rate sensor. Unfortunately, the watch did not want to go beyond its start screen and therefore there are no pictures of her on the home screen. We know that the watch will run on Wear OS 3, the latest version of Google’s operating system.

On the dimensions side, the people who found the prototype reveal on Reddit that the Pixel Watch measures approximately 12.7 mm thick and 38.1 mm in diameter. For comparison, the 40mm Galaxy Watch 4 measures 40.4 x 39.3 x 9.8mm not including the health sensor, while the Apple Watch Series 7 is 10.7mm thick. The Pixel Watch therefore looks slightly larger than its competitors, probably because of the size of its sensor on the back. Anyway, we should know more soon, since Google could unveil its watch next month at the Google I/O conference.