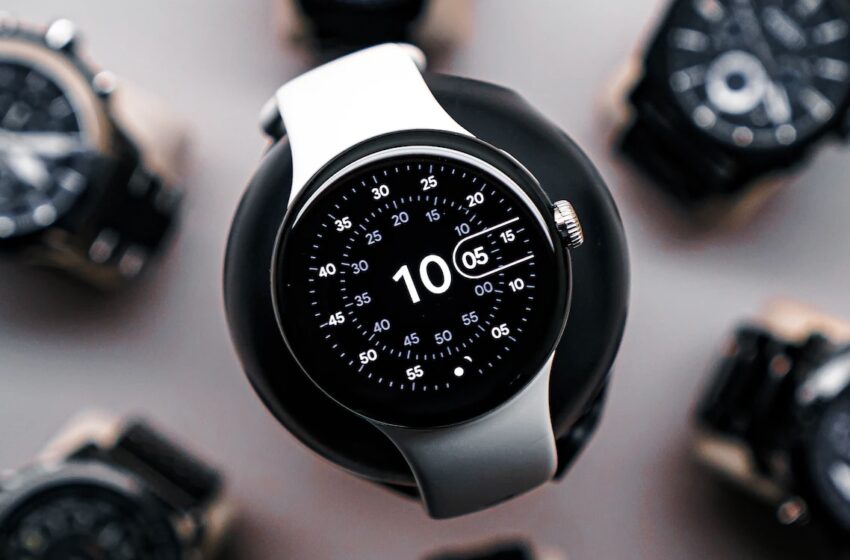 The Pixel Watch app, Google’s very first connected watch, has just received its first update since its launch in early October 2022. With this patch, the Mountain View company improves the integration of FitBit services and corrects especially the few bugs reported by users.

This is good news for all owners of Pixel Watch, the very first connected watch from Google launched in early October 2022. Indeed, the Mountain View company has just deployed the 1st update for the dedicated application of the Smart watch.

Without surprise, this patch brings several bug fixes and functional improvements to help you get the most out of your watch. Deployed under build number 1.0.0477318422this version of the Pixel Watch app is mainly focused on offering better integration of FitBit services. As a reminder, this company renowned for its connected wearables has been owned by Google since November 2019.

According to the patch note published by Google, the configuration of FitBit in the application is intended to be simpler. Now, the initial setup will be done in just a few clicks thanks to a new, more intuitive process. Besides, FitBit onboarding settings and sync information can also be accessed from the app’s home screen.

These additions should make it much easier for the watch to interoperate with devices and services offered by FitBit. In addition, it is now possible to access the 3D tutorial from the “Tips and Assistance” section of the app. Until then, this mode was only available during the initial configuration. For the record, this tutorial offers a comprehensive overview of the capabilities of the watch, including offering guides and advice on the various features offered by the Pixel Watch. Handy if you have any doubts about this or that feature.

Regarding the patches, Google claims to have fixed some problems related to the configuration of the eSIM. It is also known that recently reported issues with calorie measurement via FitBit have been fixed. Indeed, several users have demonstrated that the calorie measurements were totally wrong. Note that Google began rolling out the Pixel Watch companion app update on Monday, November 14, 2022.

In fact, don’t worry if you can’t download it right away. It may take a few weeks for the update to appear. Regularly take a look at the app’s page on the Google Play Store to find out whether the latest patch is available or not.