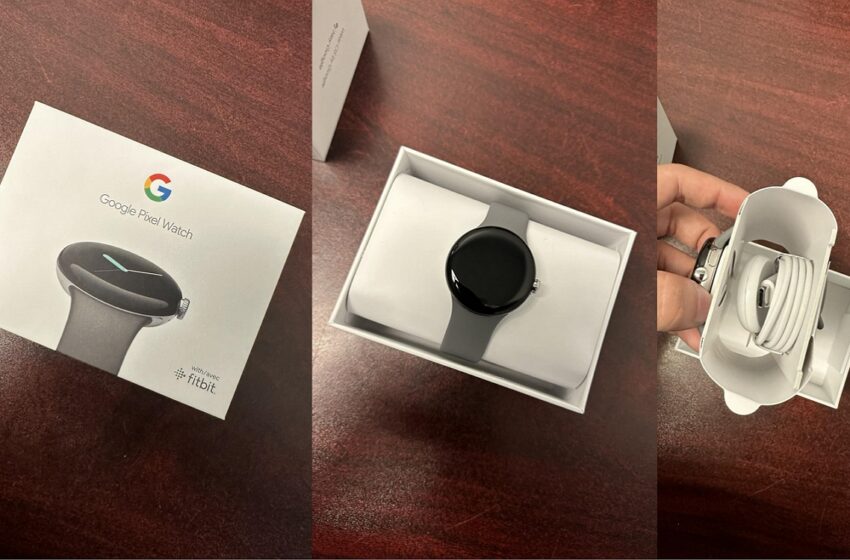 As usual with Google’s products, the Pixel Watch has just been unboxed in advance with just a few days left before its official launch, the opportunity to see the watch from all angles.

While the Pixel 7 and 7 Pro had already been the subject of a complete unboxing a few weeks ago, it is now up to the Pixel Watch to see its box open a few days before the official release. As a reminder, it’s not exactly the first time we’ve been treated to such a preview of the watchsince a prototype of the device had already been forgotten in a restaurant earlier this year.

A Reddit user has already managed to get his hands on Google’s first connected watch, and hasn’t been shy about posting images of the device on the social network. This time, the Internet user would not have succeeded in buying the watch in advance, but he would work in a warehouse that had the device in stock before it hits the store.

The Pixel Watch offers a design from another time

Opening the box reveals that the Active Band is already attached to the Pixel Watch and the whole thing is wrapped around an elongated piece of cardboard that looks like a pill when viewed from the side. The Pixel Watch appears to be attached to the washer of the USB-C magnetic charging cable, with the wire held just below, meaning Google is simply using the existing magnetic connection to hold the device in place. Besides, the watch should offer an autonomy of only 24 hours.

Other images also show us the different inscriptions of the box. We can read that this is the silver model with a charcoal bracelet. We also learn that the watch works with Wear OS 3.5 operating systemand requires a smartphone with Android 8.0 or newer. The watch also supports LTE, Wi-Fi, Bluetooth connections, and has an NFC chip for payments and an integrated GPS.

The Internet user also took the opportunity to put the watch on his wrist. Unfortunately, it could not be lit, but we remind you that the design of the Pixel Watch is quite controversial. In addition to being powered by a processor that dates back more than 4 years, the screen is surrounded by much thicker borders than most of its competitors.