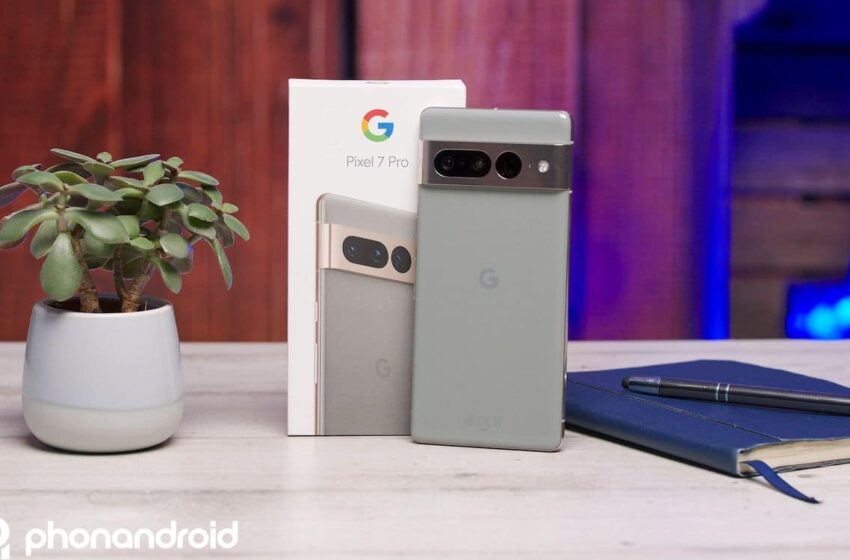 Pixels receive an exclusive update: here is the list of new features

Google has rolled out a major Android 13 update for select Pixel smartphone owners. It adopts many design changes and seeks to make the user’s life more convenient. For example, windowed mode has been redesigned.

The first update for Android 13 QPR2 (Quarterly Platform Release) is available for select Pixel 4, Pixel 5, Pixel 6 and Pixel 7 users (all models). This is a major update which adds a lot of things to Google’s mobile OS.

Google obviously published a patchnote to provide some information, but did not reveal the list of changes. To know them, you have to dig a little in Android 13, but developer Mishaal Rahman established a full inventory and there are some very interesting things.

Google Pixel 7 Pro test: a winning formula, but which is getting old

First notable change: the windowed mode has been revised. Now when minimizing a Chrome window, a new menu is appearingallowing it to be stuck in a corner or on the side, like on Windows 11. Very practical.

I’m probably going to have to wipe data cause my SystemUI keeps crashing, but I wanted to be the first to post this.

The ringtones have also been enhanced. From now on, it will be possible to adjust the volume of calls and notifications separately. Useful if you want to keep a ringtone for an important call without having all the “ding” of notifications! Spatial Audio with Pixel Buds is making a comeback, after being removed to be reworked by Google.

Oh wow! Google’s testing a flag that separates the ringer and notification volumes in Android 13 QPR2! Ring & notification volume used to be separated a LONG time back, but were merged and have been that way for years. (Many OEMs let you separate them, though!) pic.twitter.com/O6xQRXcEAZ

Other changes include a discreet design of the drop-down menu, which now displays the time in a bigger size. More so, when the user listens to a Spotify track, a smoky effect is seen on the thumbnail. Nice. The taskbar is also slightly improved.

When you swipe down the notifications panel fully, the clock in the top left is now larger, plus the date has been moved to below the clock. pic.twitter.com/pkB1foPctn

Finally, last important point, owners of Pixel 6 Pro can now choose the definition in 1080p for their screen, just like on the Pixel 7 Pro. A way to save a little battery, without necessarily losing quality.

All these modifications are currently reserved for only a handful of users. If they show their effectiveness, they will be rolled out to the general public in the coming months.