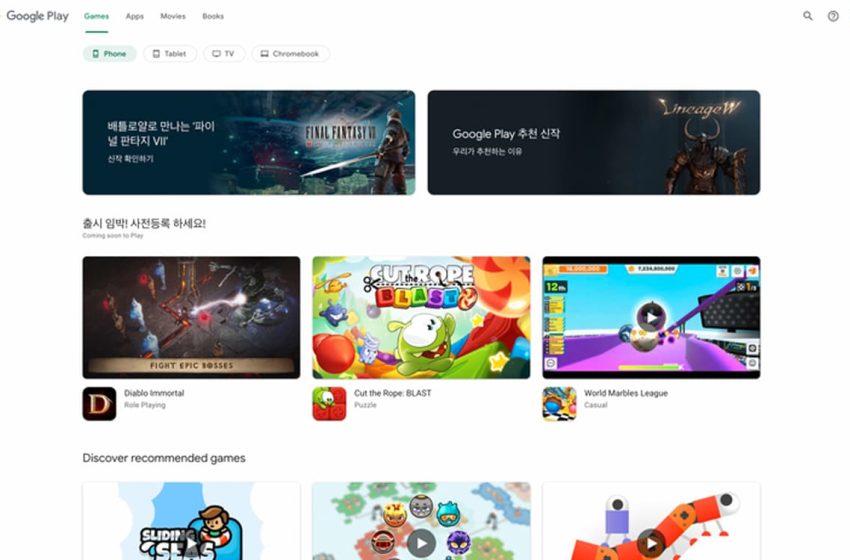 Play Store: Google is preparing a new design for the web version

The Play Store will soon be entitled to a new design on the web. According to several testimonials that have appeared on the web, Google is currently working on a redesign of the interface of the Android application store.

According to our colleagues from Android Police, Google will soon offer a redesign of the interface of the web version of the Play Store. The media affirms, with supporting evidence, that some Internet users have already been able to access this new interface on their computer. Apparently, the new design is already available in some Asian countries, such as South Korea or Taiwan.

As the screenshots shared by the media show, Google has decided to simplify and purify the design of the Play Store on the Web. The firm abandons the gray column on the left, which allows access to the different categories of the store: games, applications, films and books. Now, the sections of the Play Store are accessible at the top of the screen. The display of categories is more discreet than before. Only element unchanged: the logo of the Play Store which is still placed in the left corner.

Here is the new design of the Play Store on PC 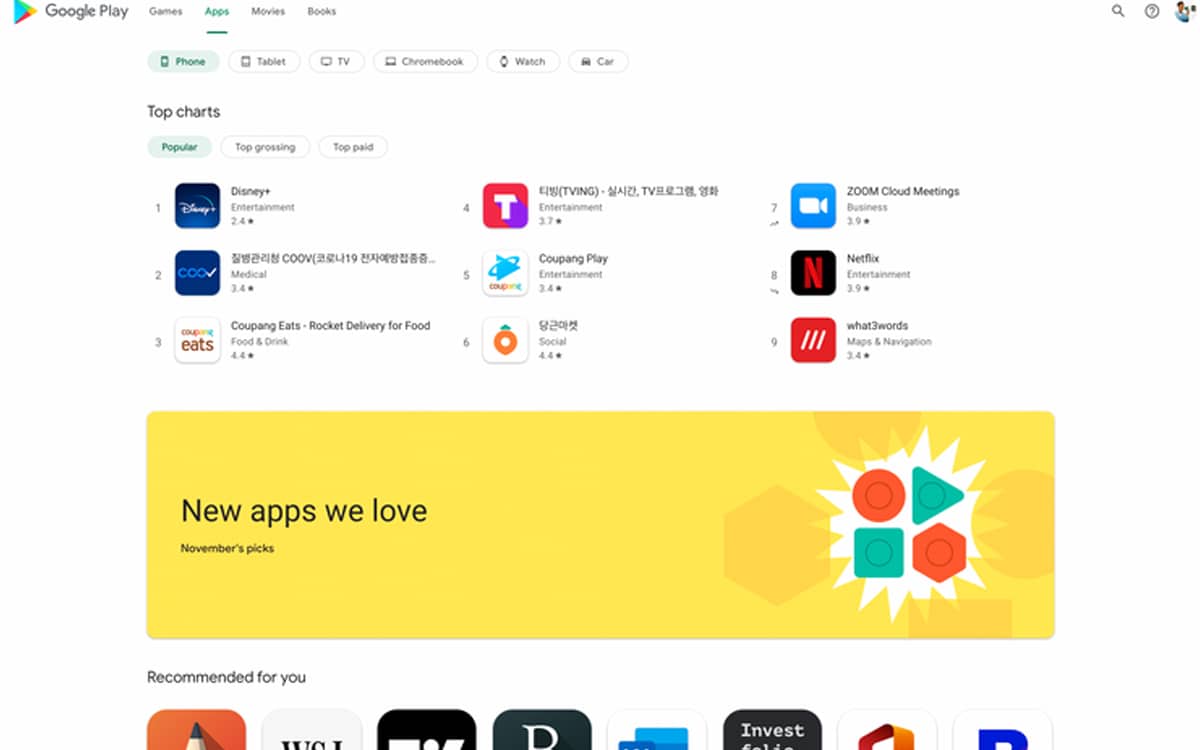 To access your app library and your devices, subscriptions, payment methods, order history, your activity, rewards or settings, now you have to turn to the right corner. Clicking on your profile picture will open a drop-down menu. Within each category, the Play Store allows content to be filtered by medium (phone, TV, tablet, etc.). You can thus more easily search for an application for a smartphone or for a TV box under Android TV. 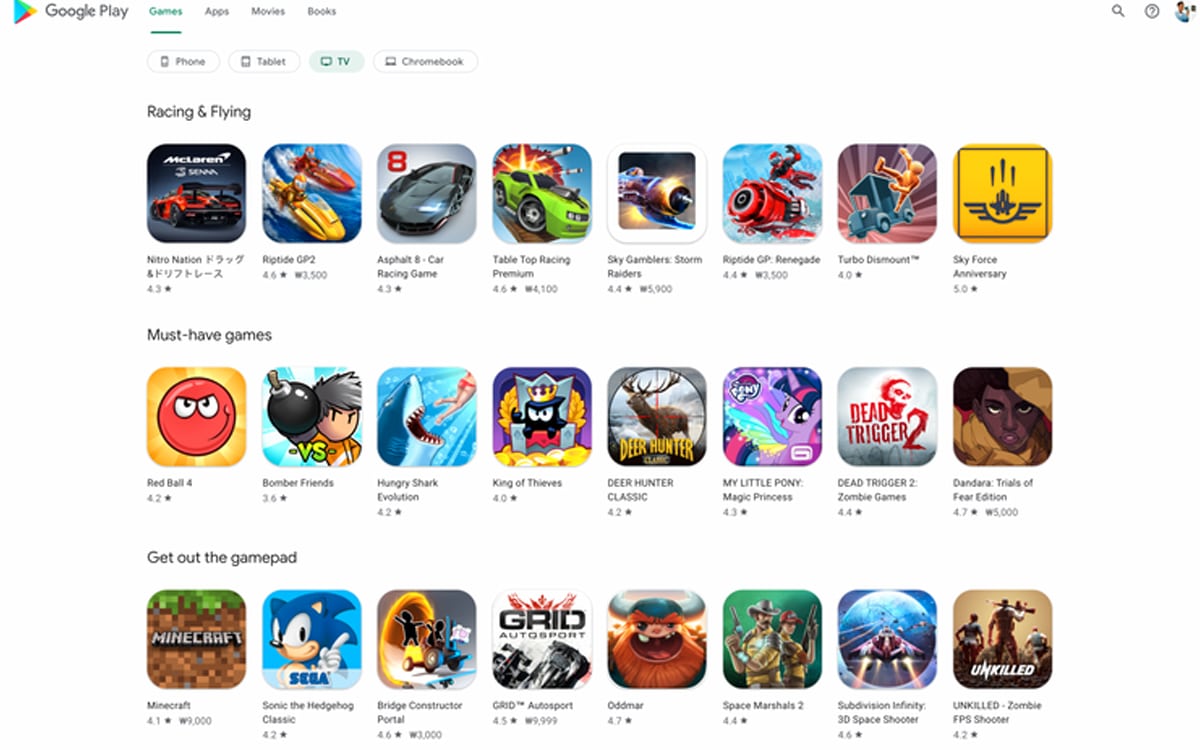 On the pages dedicated to applications, Google offers a display very similar to that of the Play Store on a smartphone. The name of the app and its logo take an important place on the screen while the information about the developer is relegated to a sidebar just below the logo. 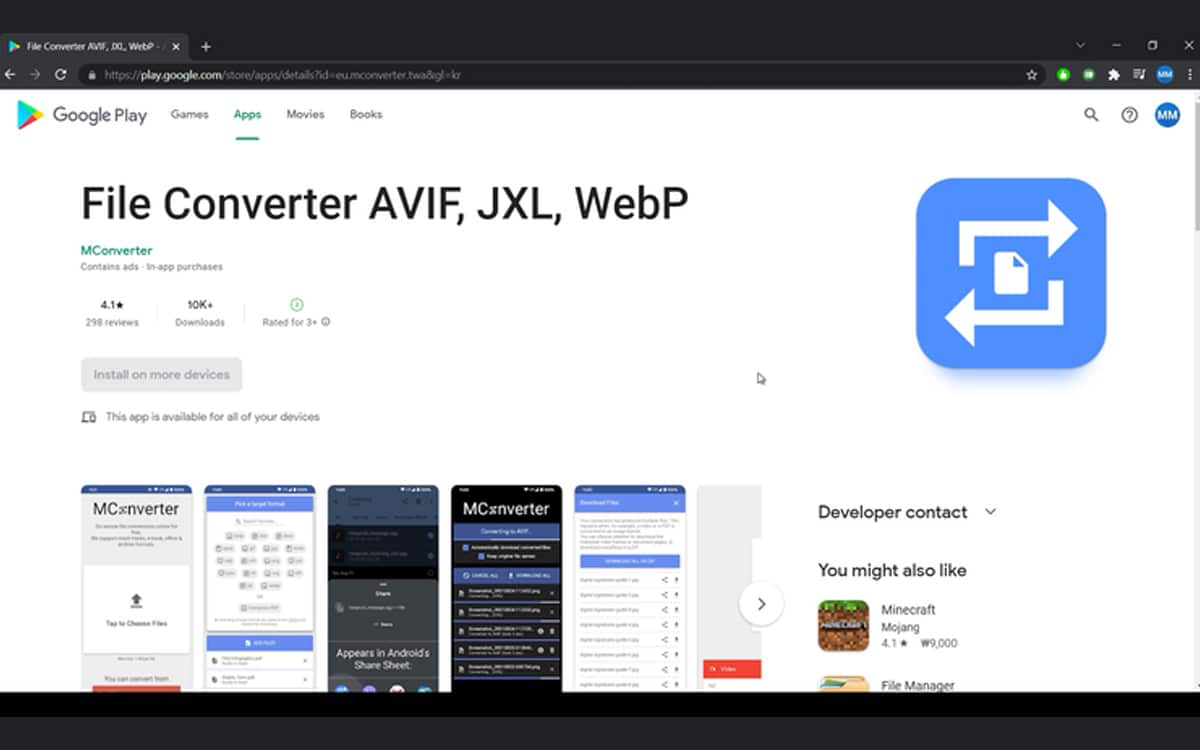 This is most likely an update from Google’s servers. If this is not a simple test, the Mountain View giant is expected to push the new interface around the world. in the coming weeks. If you’ve already been able to access this revised design, please let us know in the comments below.