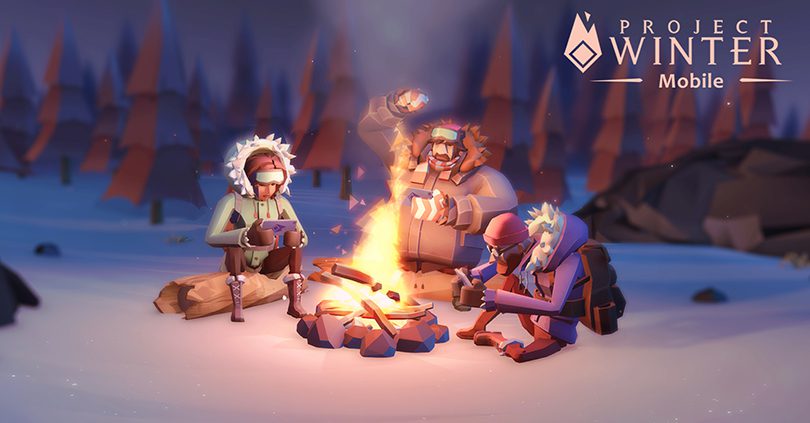 Put on warm clothes to protect yourself from the cold with the release of Project Winter Mobile on iOS and Android. Unfortunately, even the best gear in the world won’t help you against your teammates’ betrayal. We reveal our first impressions of this survival and deception game developed by Boltrend Games.

Release of Project Winter on mobile

Just over three years after the release of the PC version, today is the release of Project Winter Mobile on Android and iOS. Like Among Us or Les Loups-garous de Thiercelieux, Project Winter is a betrayal game in which you play as a group of survivors whose goal is to escape from this hostile environment.

For this, the 8 players must collaborate and explore the map to scavenge the resources necessary for their survival by avoiding being killed by the wild animals that inhabit the snowy mountains of Project Winter Mobile. Craft tools and repair structures to reach the end goal of a game: repair the radio for call the emergency and leave this hell of ice as soon as possible.

However, the task will be more complicated than expected, since the survivors must also unmask the traitors infiltrated in the group. The latter have various equipment to kill the survivors, such as poison or traps, but their best weapon remains the manipulation of other players.

A successful mobile port, but to refine

After our first games, we give you our feelings on the release of Project Winter Mobile. First, the adaptation of the gameplay to the mobile support is effective. The controls are relatively simple and the short tutorial is more than enough to understand how a game works.

Project Winter Mobile is however slightly more complex than Among Ussince in addition to the tasks necessary for the escape of your group, you must also take into account the hunger and cold management. The different roles (doctor, innocent, deserter, hacker, detective and soldier) also bring a depth of gameplay that makes the games less repetitive.

However, we strongly recommend that you play with your friends rather than with strangers. Indeed, online players do not always activate their microphone and the interest in lying as a traitor does not have the same flavor as with people you know. Finally, the matchmaking menu should be optimized with more precise search filters, by language or by country, and the possibility of hiding rooms that are already full.

That’s it for our first impressions of the release of Project Winter Mobile. If you also want to test the resistance of the links with your friends, head to the Google Play Store for Android devices and the App Store if you play on iOS. To stay informed of all releases, I invite you to regularly consult our new mobile games page.