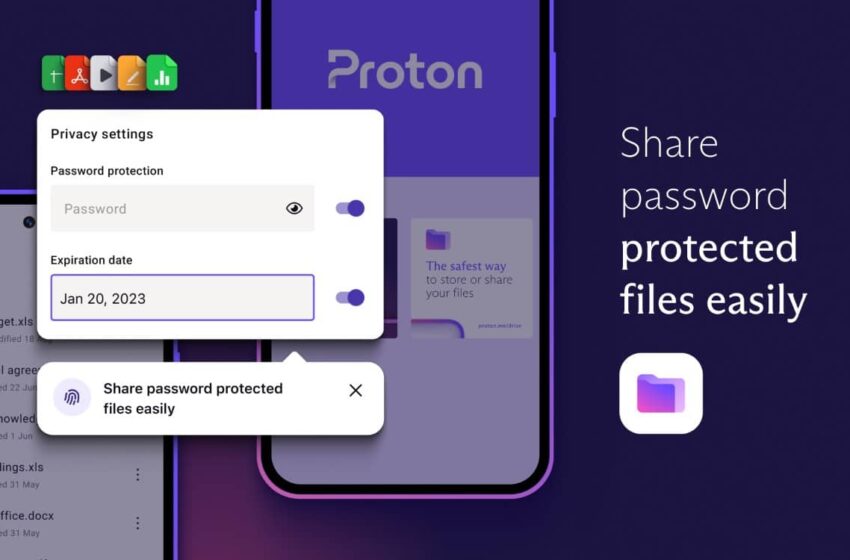 Proton is a company specializing in privacy and data security. Its Proton Drive product, a file-sharing app for Android, iOS and the web, is coming out of beta. There is a free version in addition to paid subscriptions.

You probably know Proton. The startup is known for its email client Proton Mail or for its VPN available on desktop or mobile. Both apps are available as a subscription, but the company also offers a free plan. She reiterates this formula with Proton Drivean application that appeared in September 2022 in its Web version and now officially available on iOS and Android.

To read – Google One VPN is now available on Mac, PC, and smartphones

Proton Drive is an end-to-end encrypted storage solution in the cloud. This means that absolutely everything is coded. Metadata, file and folder names, creation dates and thumbnails. The company guarantees that data is encrypted both on mobile devices and during transfer and in the cloud. This layer of security also ensures that only Proton Drive account holders and authorized individuals can access their files.

Proton truly unites and secures all your backups in one place

The free version of the service offers 1 GB of storage in the cloud. For 3.99 € monthly, you can enjoy 200 GB additional storage space, while €9.99 per month will entitle you to a larger storage of 500 GB, plus access to Proton Mail, Proton Calendar and Proton VPN. Of course, you can share files with people who don’t have a Proton Drive account. If the sharing links are easy to create, it is just as easy to revoke the access rights of a file, or to define its expiration date or the password allowing access to it.

As we can see, with Proton Drive, the emphasis is on safety. Andy Yen, CEO of Proton, adds: “Proton’s mission [est] to offer privacy protection tools that are both easy to use and available free of charge”. Add to this that As Proton Drive is based in Switzerland, it is protected by Swiss law on the protection of privacy. The platform does not depend on any other third-party service, which guarantees its inviolability. Google One offers the same features, but cannot say the same. Google is accused of stealing your data as soon as you create an account.