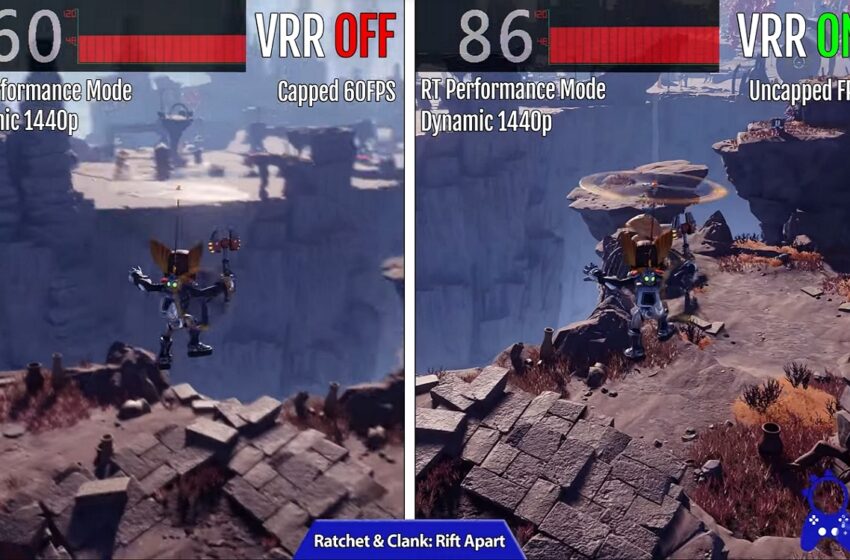 VRR technology is finally available on the PS5. It offers the performance boost that was promised, as various video tests on compatible games can attest.

As next-gen consoles release in 2020, manufacturers have been putting a lot of emphasis on the TVs with HDMI 2.1 portssince these promised to bring interesting technologies to the PS5 and Xbox Series X. This is particularly the case with VRR (Variable Refresh Rate) technology, which improves the visual performance of games by minimizing or eliminating visual artifactssuch as stuttering and screen tearing issues.

After announcing its arrival in November 2020, Sony finally revealed a few days ago that this technology was being rolled out to consoles, along with the list of all the games that will see their performance improved after receiving an update. day. The first users have already been able to test the changes brought by the VRR on certain games, and the least we can say is that players who have switched TVs will now have a serious advantage over others.

As shown in the video from the ElAnalistaDeBits channel on YouTube, VRR technology significantly improves game fluidity. Formerly limited to 60 FPS in “Dynamic 1440p RT Performance Mode” quality, certain titles such as Spider-Man Remastered, Rachet & Clank: Rift Apart or Spider-Man: Miles Morales now see the frame-per-second counter increase thanks to VRR . Indeed, the variable refresh rate dynamically synchronizes the refresh rate of the display to the video output of the PS5 console, and thus avoids all the problems of image tearing or imput lag that you may have encountered before. Compatible games thus offer 10 to 30 additional FPS with VRR.

Not all games have the FPS counter unlocked. This is particularly the case of Resident Evil Village or Astro’s Playroom, which are still limited to 60 FPS. However, the technology VRR makes games much smoother in areas with lots of on-screen elementswithout deteriorating the quality of the graphics.

Other titles still haven’t received updates to take advantage of VRR, such as Elden Ring. Although the game is not officially compatible, the VRR should still allow make the game a bit more stable in some areas. For those who don’t yet have a compatible TV and want to take advantage of this performance boost to have an edge over your opponents, you can check out our guide to the best TVs for the PS5 and Xbox Series X.