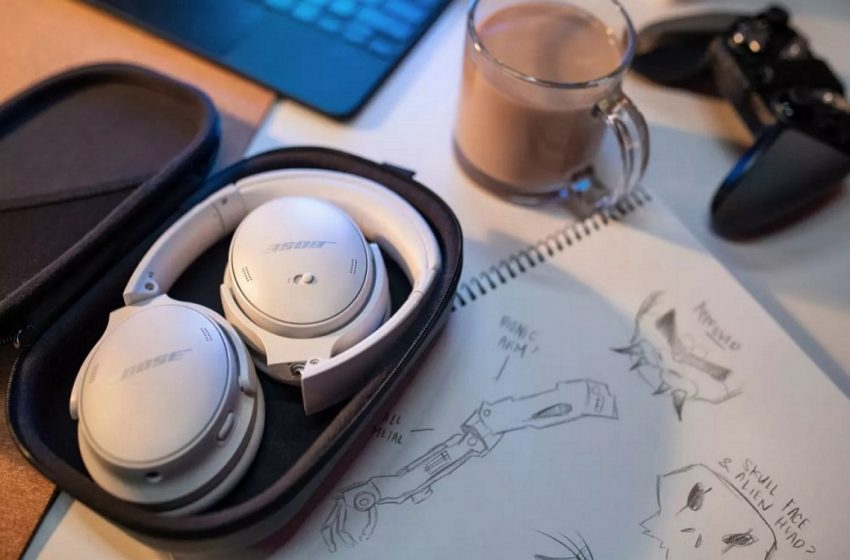 QuietComfort 45: technical sheet, price, we know almost everything about the next headphones from Bose

While the Bose QC45 has yet to be officially unveiled by the manufacturer, most of its specs, design, and price have already been leaked.

Our German colleagues from WinFuture have lifted the veil on most of the information concerning the new Bose QuietComfort 45, which will succeed directly to the very famous QC 35 II of 2017. Unsurprisingly, this is an improved version of the previous model, with in particular a new USB-C connection which replaces the old Micro-USB.

On the design side, the helmet corresponds well to the first images that had leaked in an FCC filing. The QC45 would use synthetic leather and nylon to be very light and resistant. The on-ear headphones will still be compatible with active noise reduction, which we hope is at least as good as that of the Sony WH-1000XM4 that we were able to test.

Bose increases the autonomy of its headphones

Bose has chosen to integrate a smaller battery on the new QC45 (460 mAh, against 495 mAh on the QC 35 II). However, the headset should still benefit from a better battery life. Indeed, the headset would offer up to 24 hours of music playback, against 20 hours for the previous model.

It will be necessary to be patient for the recharge, since it will take approximately 2.5 hours to reach 100%. A fast charge mode would be available, and would allow you to regain 2.5 hours of autonomy in 15 minutes of recharging. As on the previous model, you can still connect the headphones with a 3.5 mm jack.

Finally, we know that the helmet will have the Bluetooth 5.1, while its direct competitor at Sony uses Bluetooth 5.2. The QC45 will also offer a new Aware mode, which will allow the user to hear certain noises coming from outside. We can also note the arrival of the Multipoint Bluetooth, which will pair two different devices at the same time.

Good news for those who were planning to change their headphones soon, the QC45 promises to be cheaper than the QC35 II, which was marketed at $ 349. Indeed, Bose would have revised the price downwards and would offer the QC45 at 329 dollars, or 329 euros in France. It is also cheaper than the Bose Headphones 700 ANC, which was released in 2019 at 400 euros.