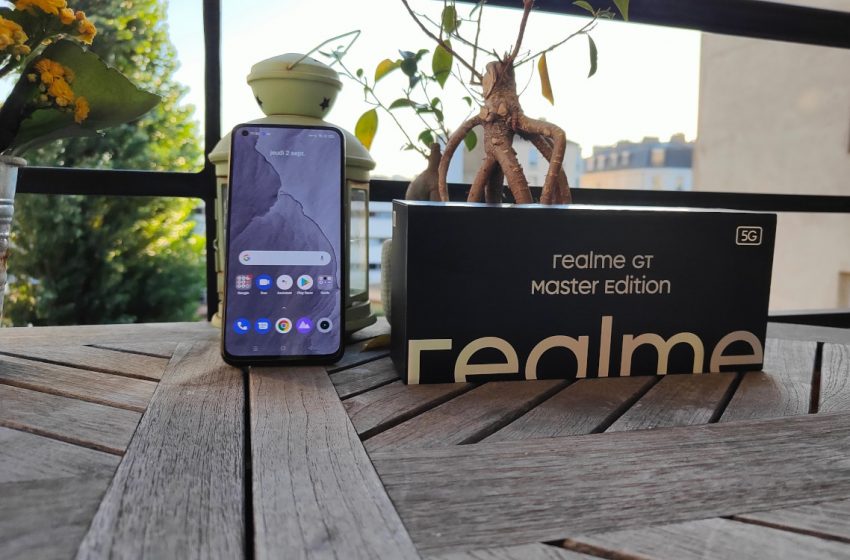 Realme is rolling out an update for certain models, including the Realme GT Master Edition. According to the note accompanying this update, it improves the quality of selfies and macros. It also fixes other operating system issues and updates Android’s security patch.

Start of the week, Realme has announced the arrival in France of a new model. This is the Realme GT Master Edition, a light version of the Realme GT. You can find the full test in our columns and on our YouTube channel. This smartphone offers a complete experience, even if it is not cut for gaming like the original GT might be.

Android 12.1: an unexpected new update before the release of Android 13?

During this test, we noticed some slight weak points. The most important is the photo, the experience of which is uneven. One of the shortcomings of the GT Master Edition concerns the macro sensor. Low definition. High contrast. Little light. Very occasional use. Dedicated mode hidden in a sub-menu. It does not make you dream. However, it looks like some of these issues can be fixed with an update.

This update to Realme UI improves the photo experience

Realme is rolling out an update this week to Realme UI 2.0 for, among others, the GT Master Edition. It is still based on Android 11. Its version number is RMX3363_11_A.05. The archive still weighs almost 4 GB. So do not hesitate to use a WiFi connection to download it before installing it.

Usually an update of 4GB is not only made to fix a few bugs. But this one does not include any new functionality. It resolves problems with the operating system. The most important concern photography. It improves the macro, which will not be luxury (without specifying what will be improved). It also improves the effects associated with selfies (certainly the beautification filters).

The update also fixes a overheating problem that comes into play in certain situations. We did not meet any. It improves the stable network connection, whether in WiFi or via a GSM signal. Realme also promises that the system will now be more fluid. Finally, this update brings the Android 11 August 2021 security patch (failing the month of September).

We have installed this update on the Realme GT Master Edition. Perhaps you have another model in your possession. If so, feel free to share additional information in the comments.