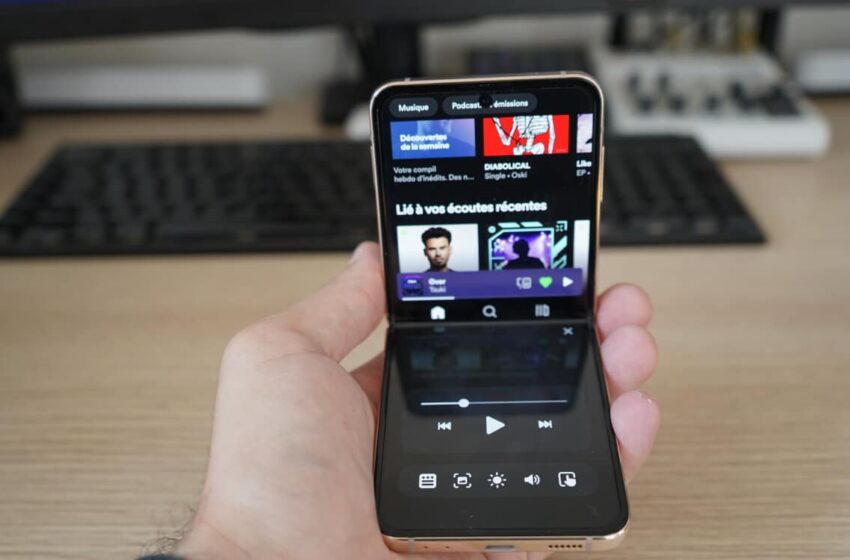 Samsung mocks Apple and its iPhone 14, tradition is respected

The iPhone 14 was announced by Apple and as usual, Samsung shamelessly doesn’t care. This year, the Korean brand has particularly laughed at the lack of innovation of its competitor, especially with regard to foldable screens.

Every year it’s the same song. Apple presents its new iPhone and Samsung takes the opportunity to make fun of it. In 2022, the Corréen manufacturer was particularly active, even if the mockery remained “wise”.

Even before the conference dedicated to the iPhone 14, Samsung was already making fun of the phones, but when the keynote started, the manufacturer had a field day.

Apple mocked by Samsung, a tradition that continues

If Samsung is making fun of Apple, it’s not in a teasing spirit. It is above all to sell its products, to persuade the user that they are better. This year, the Seoul firm has particularly focused on one aspect: foldable screens. Towards the end of the conference call, the brand’s US Twitter account dropped a mean little tweet: “Notify us when it bends.” We know that Apple is not yet very keen on getting into foldable screen smartphones. A boon for Samsung which has already been on the market since 2019.

Let us know it when it folds. 💁‍♀️

But it didn’t stop there. During the keynote, the company aired an ad praising the merits of its Galaxy Z Flip 4. The message is clear : Samsung represents the future, Apple the past.

Even more, some Internet users have noticed more targeted attacks. For example, this Florida resident spotted a billboard for the Galaxy S22 Ultra with this message “Welcome to the club, Apple. We have been filming in 8K for…” with a counter displaying a duration of more than 2 years.

Despite the clearly mercantile purpose, these little spikes are fun. However, we find Samsung a little wise this year. We remember, for example, the The Next Big Thing advertisements of the Galaxy S2 (2011) which openly mocked Apple consumers, or those which mocked the notch of the iPhone X in 2017.

As a reminder, the iPhone 14 bring few new features compared to the iPhone 13, but still offer some improvements, whether in terms of the photo or the use of the notch on the Pro models.