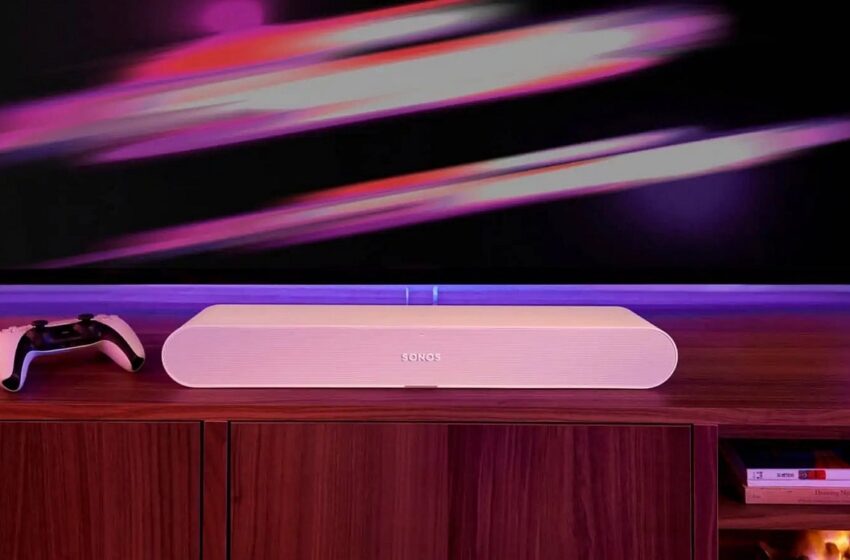 Sonos unveils Ray, a soundbar at only €299, as well as its own voice assistant

Sonos has just lifted the veil on a new soundbar called Ray. As well as being the manufacturer’s most affordable to date. Sonos also announced its own voice assistant to control your speakers without using Google Assistant or Alexa.

Sonos intends to convince those who use the built-in speakers of their television to adopt its new soundbar. The company just announced Ray, a soundbar at only 299 euros which will launch on June 7 and aims to deliver a better audio experience at a lower cost. It is manufacturer’s cheapest soundbar yetsince the Beam and Arc models are positioned respectively at 499 and 900 euros.

The device is capable of transmitting Dolby Digital sound (no Dolby Atmos) and connects to TVs via optical cable. No HDMI and eARC so on this soundbar, these remain reserved for the two most expensive products. It is therefore not the most appropriate connection for gamers, who may sometimes notice a slight delay between sound and image.

What are the particularities of this Sonos Ray?

Unlike the Beam and Arc, the Ray has a flat grille and fires all sound forward, making it the first Sonos soundbar that can work great from a shelf under a TV. It is equipped with two tweeters for high frequencies, as well as two midwoofers.

The Sonos Ray will offer Speech Enhancement and Night Sound modes so you can tweak the sound mix, as well as Trueplay Tuning, which assesses how sound bounces off surfaces to tune your soundbar. In addition to being able to be connected to a television, it is possible toassociate the soundbar to its Wi-Fi network. This will allow you tosend songs via AirPlay 2 or Spotify Connectlike any other connected speaker.

Sonos launches its own voice assistant to control your speakers

At last, Sonos announced Sonos Voice Control, its voice assistant which will be launched on June 1st. Like Google Assistant and Alexa which were already available, all you have to do is say “Hey Sonos” to use it. With this new Assistant, Sonos may hope to move away from Google, which it had sued numerous times in recent years.

This new assistant will finally allow iPhone users to send music from Apple Music, which was previously not possible. Unfortunately, this feature will not be available on the Ray speaker, since it does not have a microphone. Other speakers should get an update with this new feature.