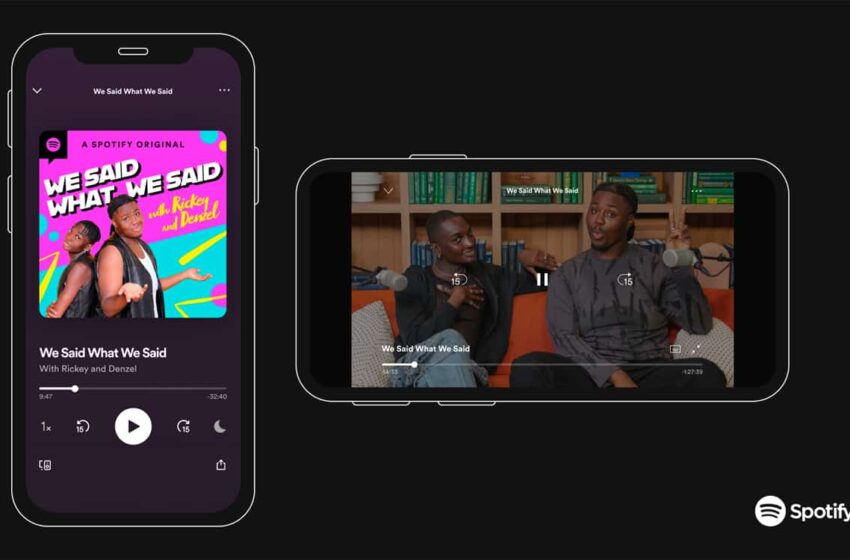 Spotify launches video podcasts in France and five other countries

After launching video podcasts in the United States in the fall of 2021, Spotify has just announced the arrival of this new feature in France and five other countries. Through video podcasts, the application wants to enhance the user experience for content creators and fans.

From year to year, Spotify tries somehow to diversify its activities. We know, for example, that the music streaming application intends to become the world number one for audio books. To achieve its ambitions, Spotify had also bought Findaway, one of the main audiobook platforms, in 2021.

Separately, Spotify has also invested heavily in podcasts. In January 2020, the application announced the arrival of targeted advertisements in podcasts, a way for it improve content monetization and the performance of advertising campaigns in this particularly popular format.

However, in autonomous 2021, Spotify has started activating video podcasts to a select group of users, before launching the feature in the United States and Canada in particular. “Visual interactions allow fans to get to know their favorite podcast hosts even better, and creators to connect with their audience in a much deeper way.” summed up Spotify.

And on this Tuesday, July 12, 2022, the application has just confirmed the launch of video podcasts in France and in five other countries, namely Germany, Italy, Brazil, Spain and Mexico. “Video podcasts are a historically underutilized medium, but one that has the potential to grow by unlocking a new way to help audiences engage with their favorite podcasts.” provides the platform.

In parallel with the launch of video podcasts, Spotify integrates several new features to help content creators produce this format of a new kind:

As a reminder, Spotify exceeded in February 2022 the bar of 400 million users worldwide.