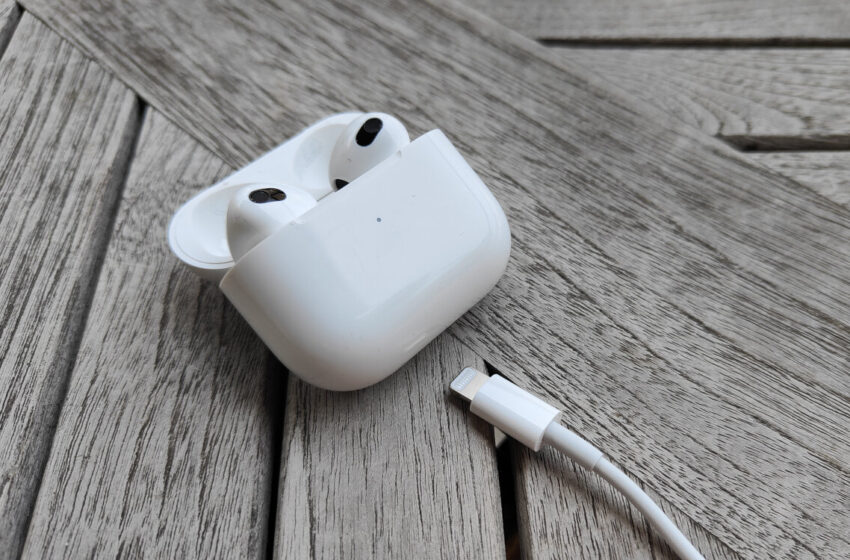 The AirPods will abandon the Lightning port for USB-C in 2023, it is confirmed

According to numerous reports and rumors, Apple is expected to remove the Lightning port from iPhone, AirPods and other accessories, in favor of USB-C connectivity, possibly by 2023 with the iPhone 15 lineup.

Slowly but surely, Apple is switching to USB Type-C on its wide range of devices, abandoning its proprietary Lightning connector. MacBooks have come with USB-C charging ports for years now. They were joined by the iPad Pro, iPad Air and iPad mini recently. We’re still eagerly awaiting a USB-C iPhone, but in the meantime, new report suggests AirPods charging case could be next to switch to universal connectivity.

In a tweet on Tuesday, prolific Apple analyst Ming-Chi Kuo said, “ I predict Apple will release USB-C compatible charging cases for all AirPods models in 2023 “. This is not the first time the analyst has made such a prediction, since already at the beginning of the year, its sources already thought that Apple would take the plunge as early as next year.

So expect next-generation AirPods next year to use USB-C instead of Lightning. With the recently introduced AirPods 3, and with the AirPods Max having no replacement on the horizon so far, we could see updates of these two models with USB-C in 2023.

By then we know thatApple is set to launch a new generation of AirPods Pro 2 this fall, shortly after the presentation of the iPhone 14 on September 6. Ming-Chi Kuo has previously suggested that the headphones will still feature a Lightning port, and reiterated that prediction in his tweet.

According to him, the AirPods 2 Pro, of which we already know part of the technical sheet and their design, will not benefit from a USB-C port, although Apple has tended in the past to use the new connectivity on its Pro models before its other devices. If you’re in too much of a hurry to wait for Apple to modify the connectors of its headphones, we remind you that an engineer has already managed to remove the Lightning port from a box of AirPods and install a USB-C port instead. .

I predict Apple will launch USB-C-capable charging cases for all AirPods models in 2023. However, the charging case of the new AirPods Pro 2 launched in 2H22 may still support Lightning.